Practice of Teaching | Teaching of Practice: the Teacher’s Hunch

Throughout these transformative events in architectural pedagogy, the relevance of design practice for architectural education remained present, due to the undisputed premise that the spaces of pedagogy and inquiry alike are one continuous and collective space of learning. If research and teaching are seen as two fundamentally intertwined sides of one diptych, practice is the hinge that holds those parts together which unhinged and on their own become meaningless.

Although the university is still seen as a site of research and knowledge production, it has also delivered huge cohorts of knowledge producers outside the university. In architecture, key figures expand the building and production of disciplinary knowledge through research, investigating urgent challenges of society. Architectural firms in the private sector can conduct basic research either in their own right or through some kind of collaboration with academic, editorial, or cultural institutions, thus becoming powerful agents of societal critique at the same time as they produce design solutions to real world problems. How is this knowledge production into academic architectural education recuperated? How can architectural education be secured and reoriented to respond to the lines of fracture of society?

During recent decades, higher education reform has strongly promoted the concept of the student as an independent learner, resulting however in a subsequent decline of the debate about the profile, role, agency, and interests of the teacher as an educator and initiator of/contributor to research. What is it that drives the teacher?

Rather than having a clear research topic, the practice teacher operates in a field of both urge and fascination; (s)he follows a hunch, steering the design studio to a proper outcome. The difference between a hunch and a fully developed inquiry lies in an interest that either is not (yet) formally recognized to be lucrative—the hunch—or is approved by private, public or academic peers—the research topic. The hunch relates to intentionality and when consistently pursued across a series of projects that intentionality becomes clear and ready to be subjected to peer reviews. The hunch or intuition also acknowledges that a ‘premise’ is incomplete and can be understood as reaching for something not yet perfectly defined. Therefore, the hunch is absolutely critical in advancing both research and the education of practice. The quality of the teacher’s hunch thus accounts for both learning incentives and advancing the research of the faculty, thereby shifting the focus from ‘what can be done’ to ‘what ought to be done’. 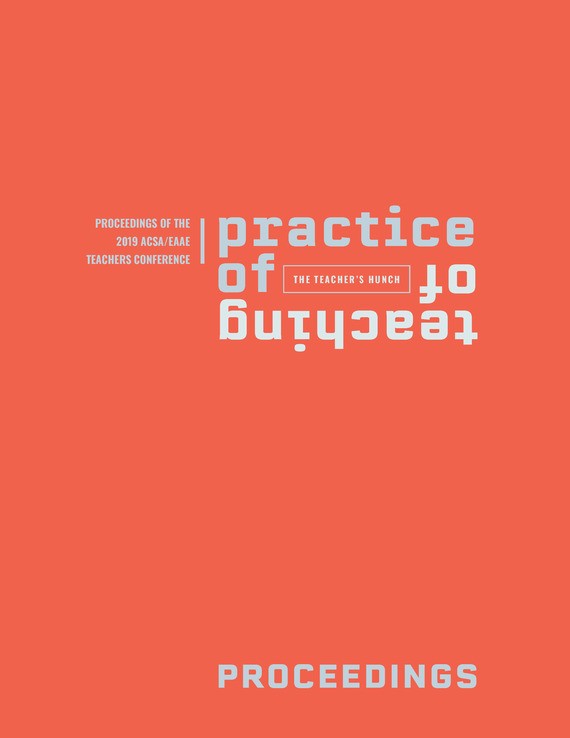 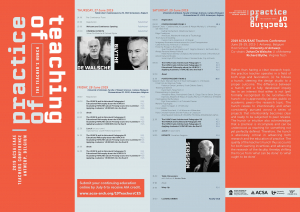 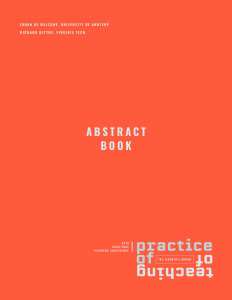