2nd Place: From ‘AgriHood’ to AgriHUB 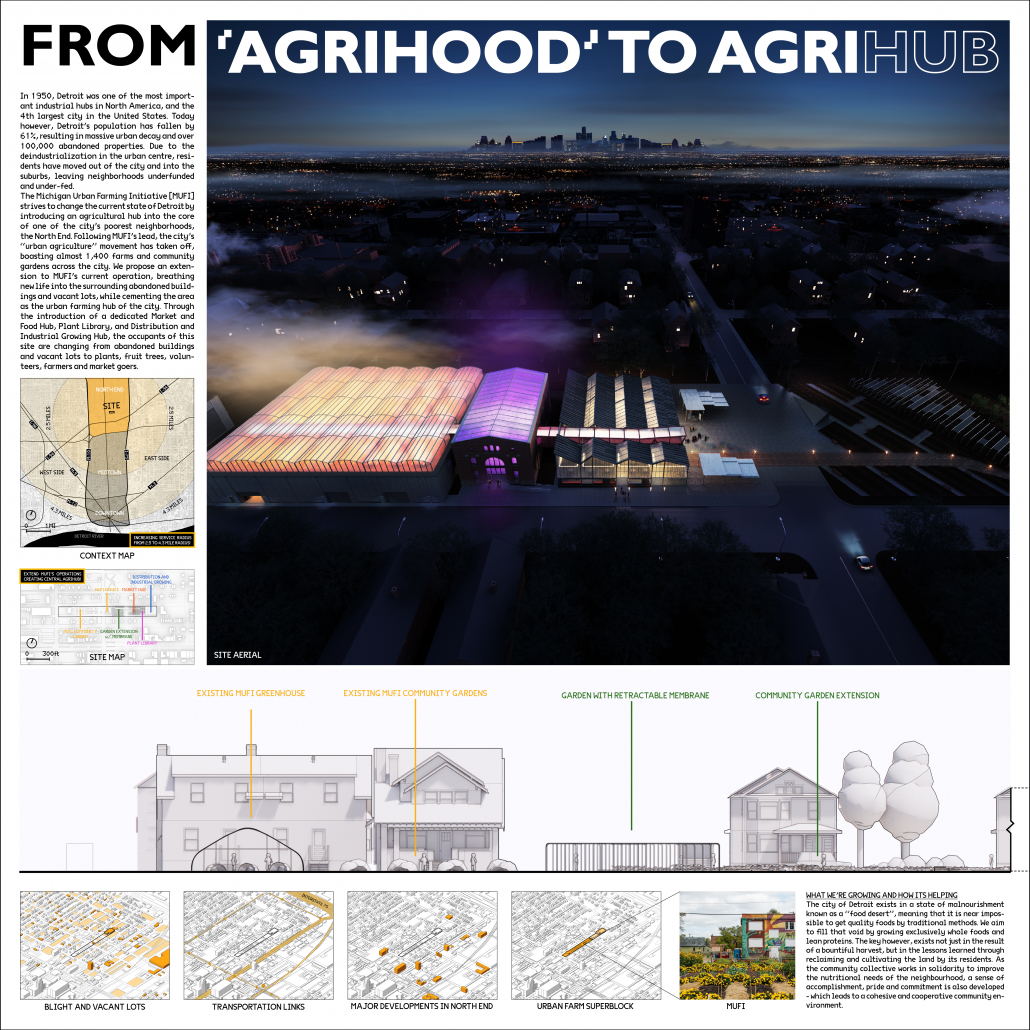 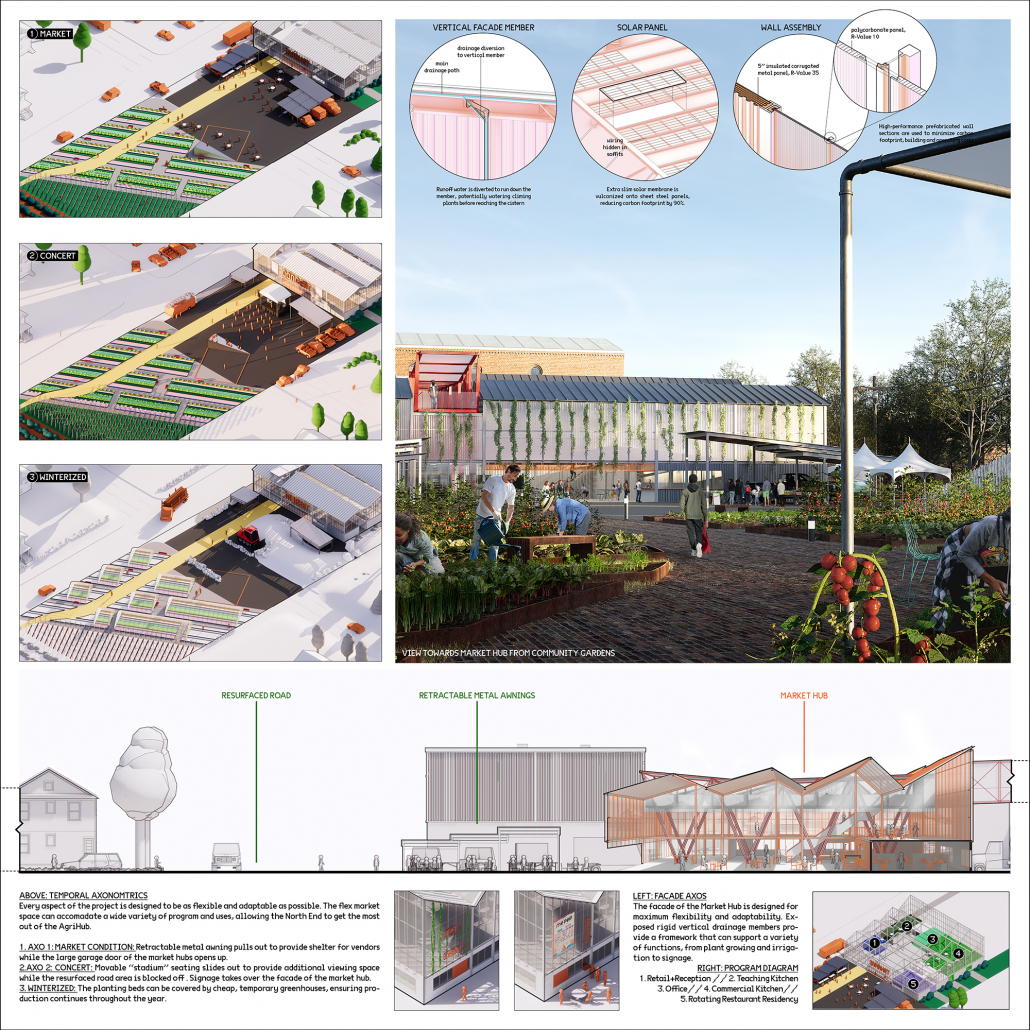 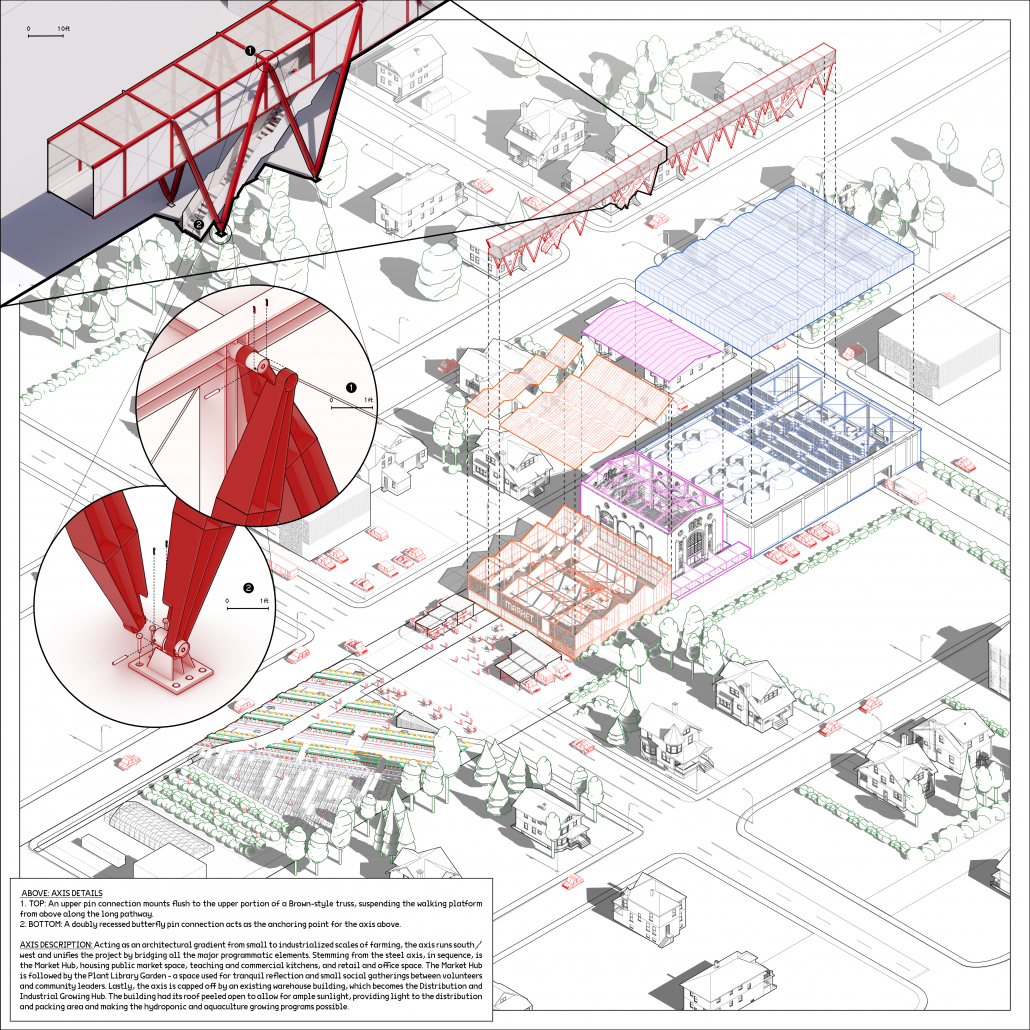 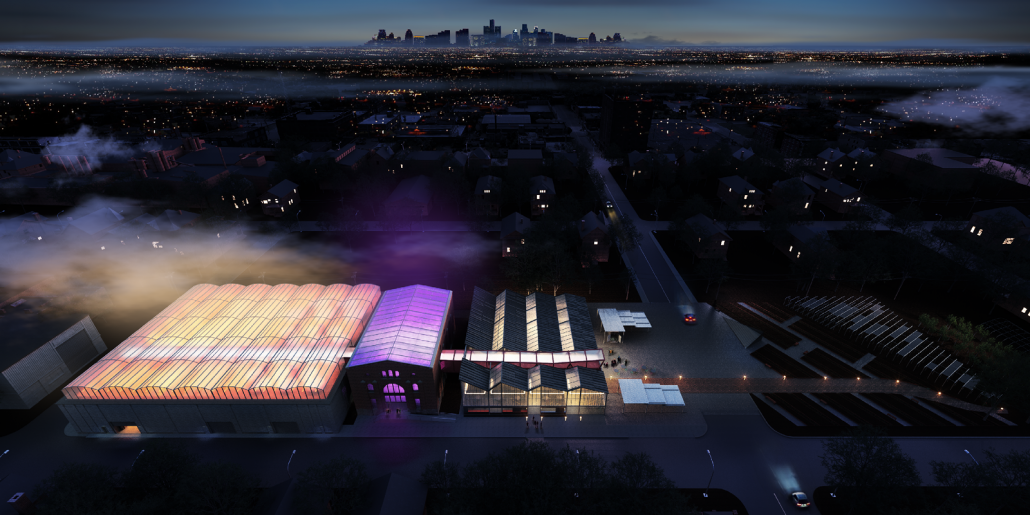 From ‘AgriHood’ to AgriHUB is a clever celebration of an existing structure.  Through the diagrams, you are able to see how steel comes together, not just in the architectural form but throughout the project. The students’ approach of taking a minimum gesture in material and making it a grand elegant presentation, takes the design to a whole new level. The program also works fantastic with the site and scaling.

In 1950, Detroit was one of the most important industrial hubs in North America, and the 4th largest city in the United States. Today however, Detroit’s population has fallen by 61%, resulting in massive urban decay and over 100,000 abandoned properties. Residents have moved out of the city and into the suburbs, leaving neighborhoods underfunded and under-fed.

The existing Michigan Urban Farming Initiative [MUFI] strives to change the state of Detroit with urban agriculture and currently boasts 1,400 farms and community gardens across the city.

As a response to these initiatives and the ongoing urban issues we propose a holistic agricultural hub at the core of one of the city’s poorest neighborhoods. By expanding MUFI’s operations AgriHub breathes new life into the surrounding abandoned buildings and lots.

Through the introduction of a dedicated Market, Plant Library, and Industrial Area, this site is transformed into a space for food production, coordination, commerce and education.  Adaptive reuse and economic construction methods exemplify the values of urban initiatives to revitalize the land and inspire public engagement and awareness about our food sources. AgriHub provides resources and supplies for other urban farming initiatives, cementing the area as the urban farming hub for the city.

Detroit exists in a state of malnourishment known as a “food desert”, meaning that it is near impossible to get quality foods by traditional methods. Agrihub fills that void by growing whole foods and lean proteins. The key, however, exists not just in the result of a bountiful harvest, but in the lessons learned through reclaiming and cultivating the land by its residents. As the community collective works in solidarity to improve the nutritional needs of the neighborhood, a sense of accomplishment, pride and commitment is also developed – which leads to a cohesive and cooperative community environment.

AgriHub consists of four main programmatic elements, beginning with an extension of MUFI’s community gardens. These gardens allow for an expansion of the existing traditional growing methods that exist already at the MUFI center. The gardens then lead to the exterior space of the Market Hub. The Market Hub houses both indoor and outdoor public market space, as well as teaching and small-scale commercial kitchens for local restauranteurs to create added value products. The Plant Library offers the community a quiet space to learn, cultivate, and connect. Scaffolding occupies the decommissioned church building, allowing the space to adapt and change with the needs of the community. The Distribution and Industrial Growing Hub occupies a retrofitted warehouse that was structurally reinforced and gutted, allowing it to accommodate the spatial requirements of vertical and aquaponic farming, as well as packaging and distribution facility for a widespread outreach to the surrounding community. Lastly, the axis is the AgriHub’s connective tissue. A boldly coloured elevated walkway, it gives visitors a unique vantage point from which to view the AgriHub’s exciting programmatic diversity.