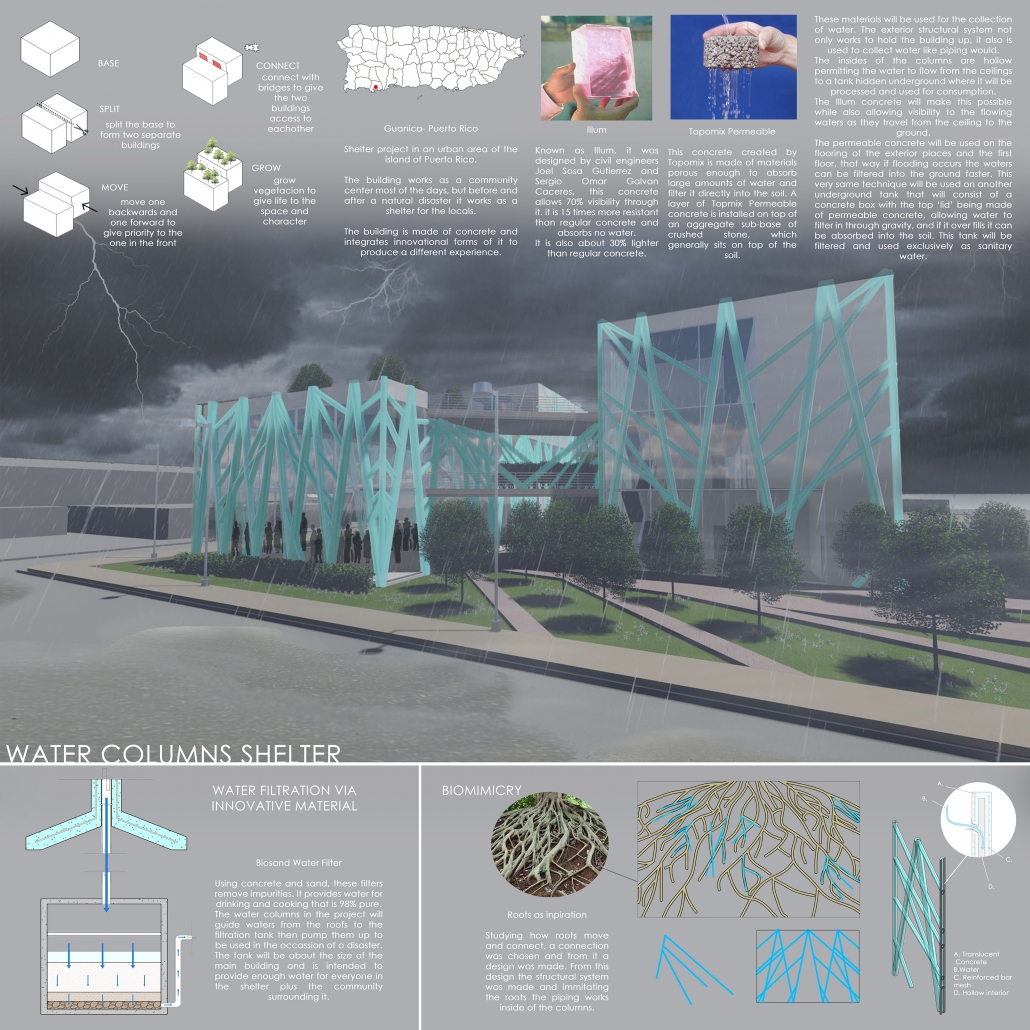 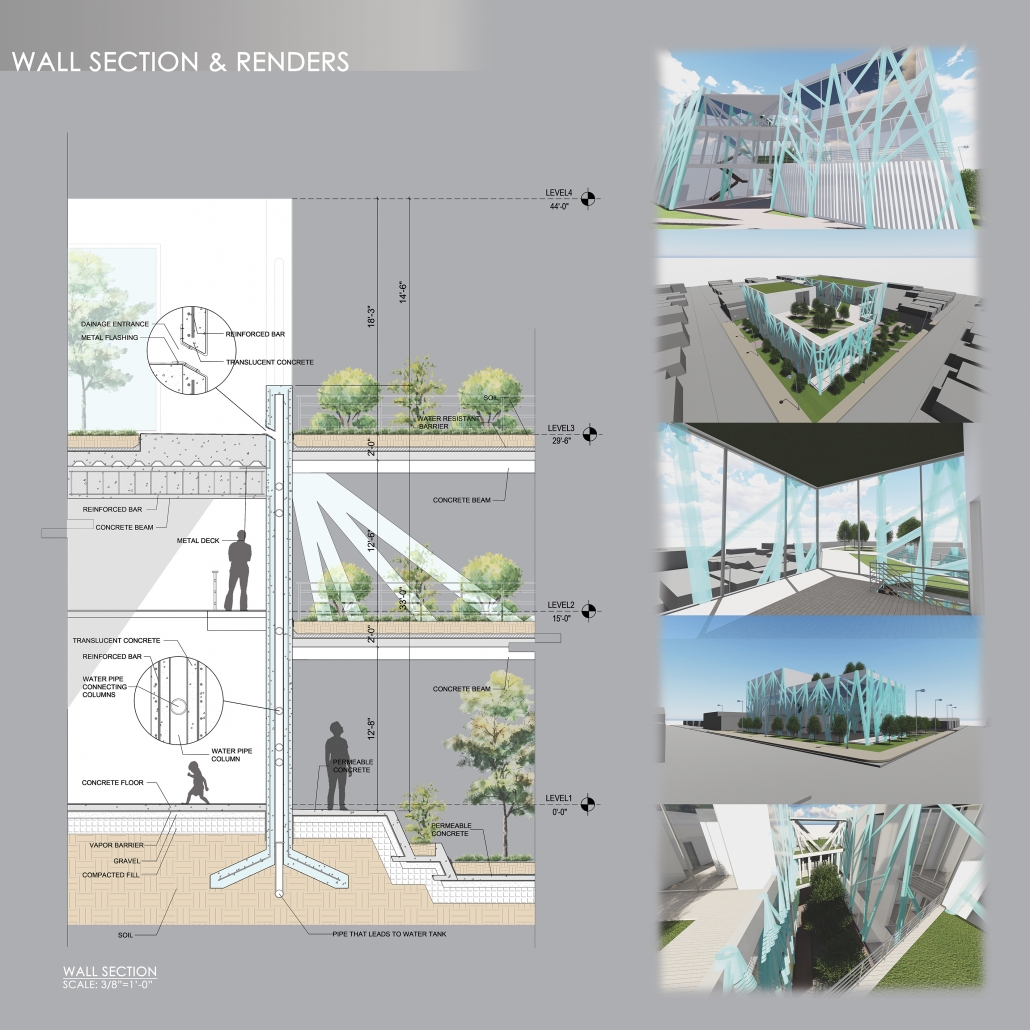 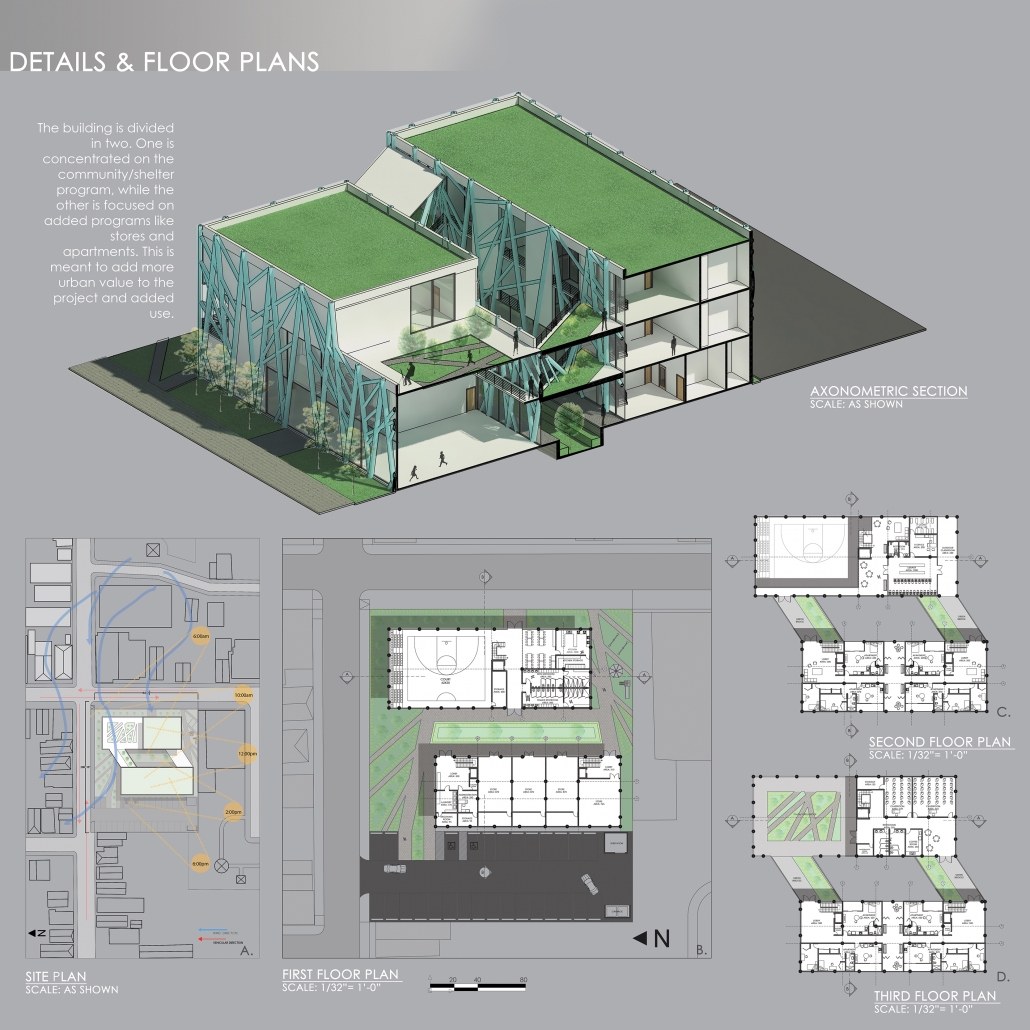 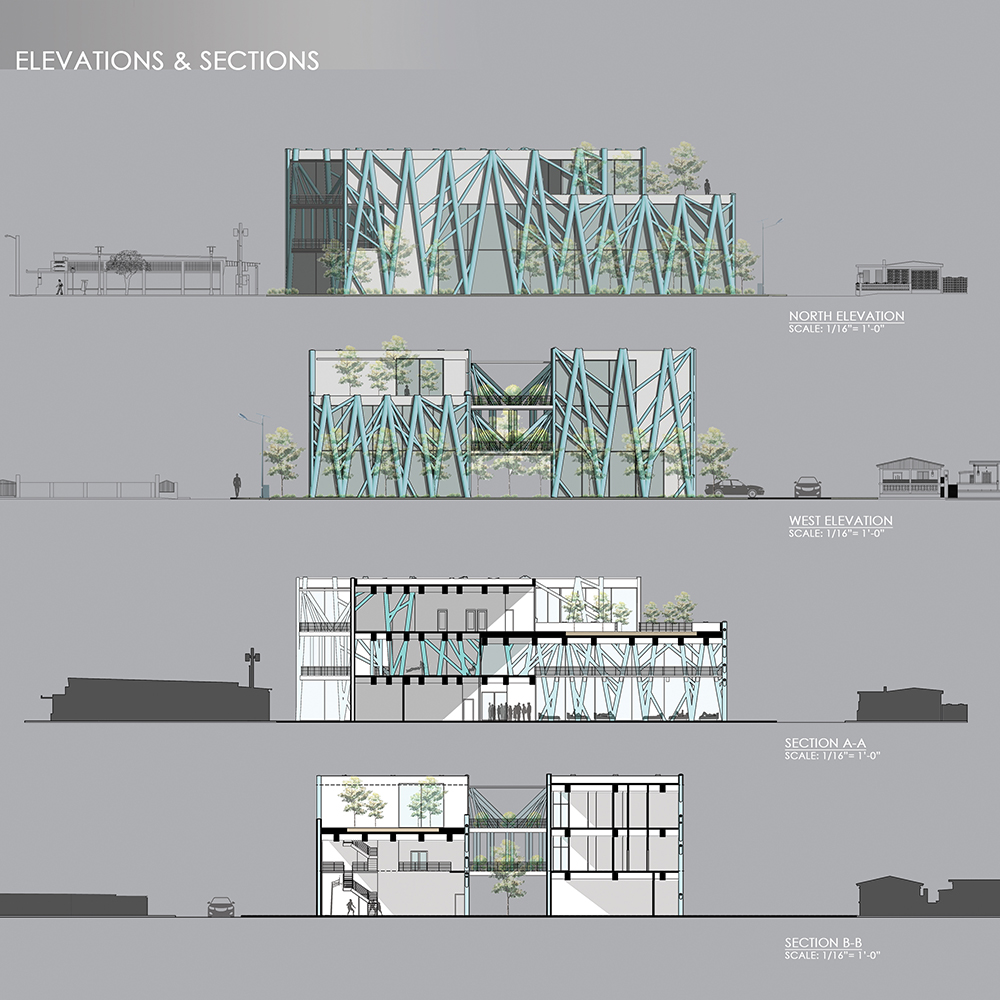 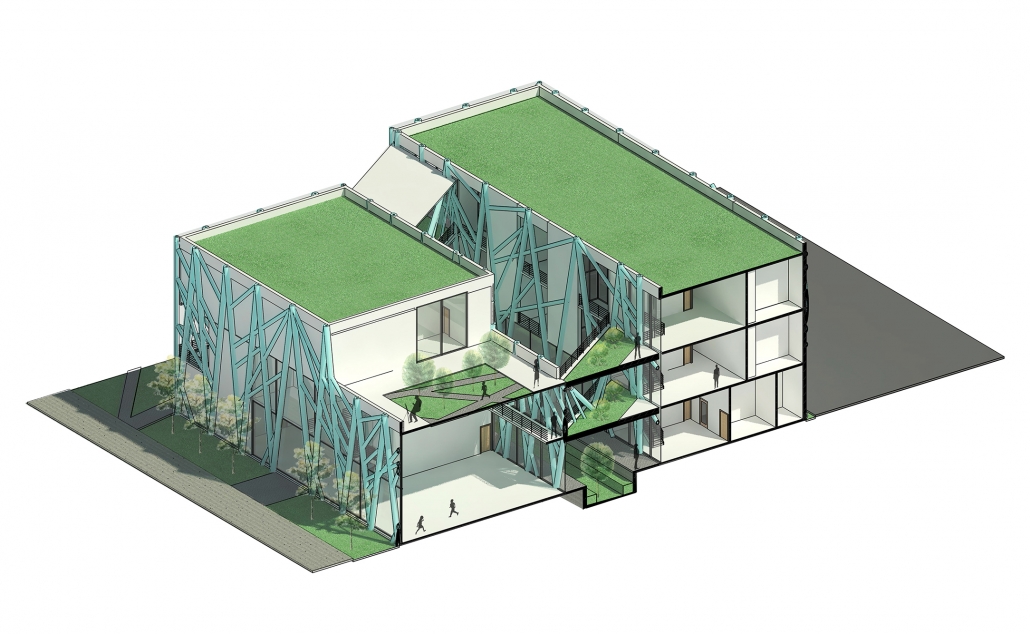 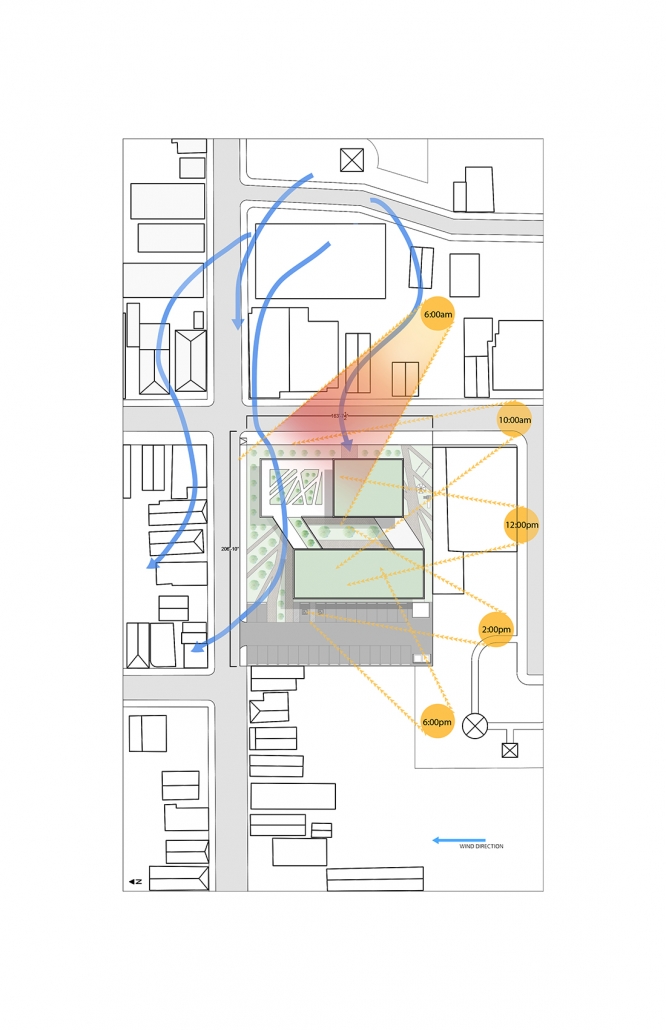 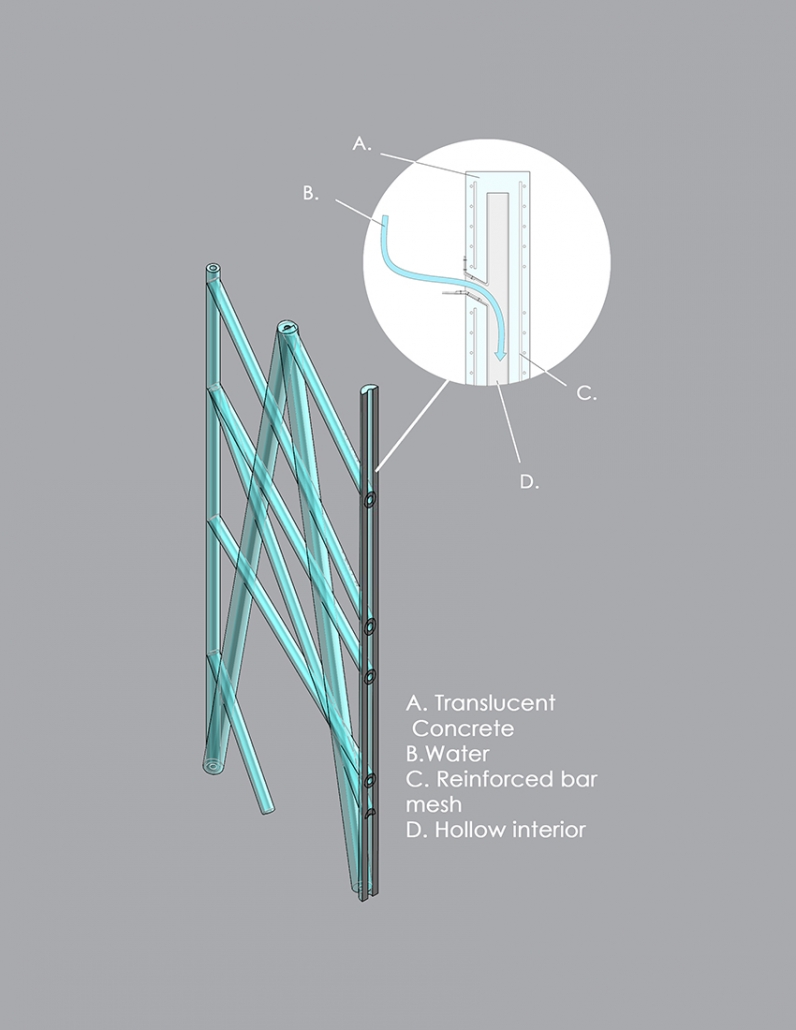 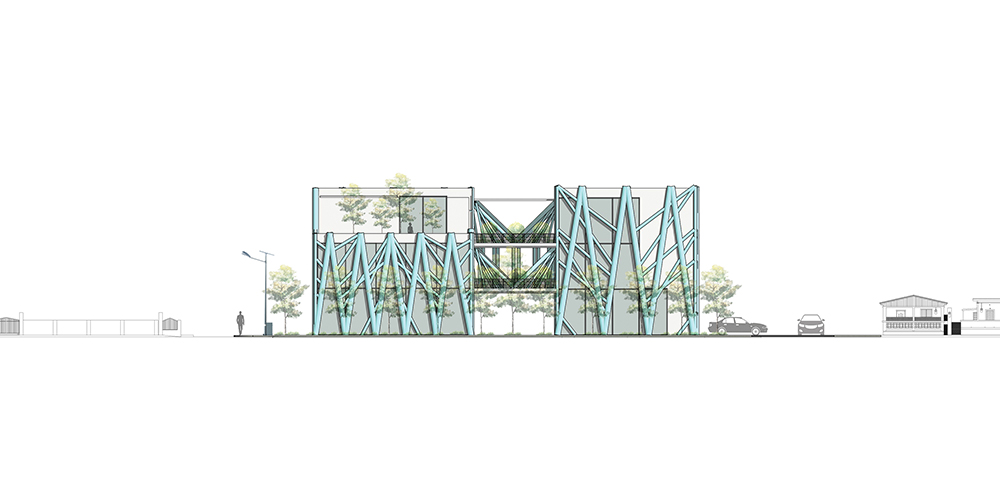 To design this building I was inspired by the mangrove trees and how they function as a filtering system, taking sea water and transferring it from its roots to its trunk and leaves, while cleaning out the salinity and harming minerals from it. Analyzing how its roots tangled and intertwined, I found pieces that then were used to produce a design and an exterior structural system that would function as the structure and as piping to collect waters from the ceiling to an underground filtering tank. This system is made of the innovative material, translucent concrete, a concrete made with the additive Illum that gives the concrete an acrylic-like appearance and allows a 70% light transference. The concrete also does not absorb humidity, allowing the water to travel inside it without affecting the integrity of the exterior structure. The system is meant to provide water for the people in the shelter during and after a natural disaster like hurricanes and storms while at the same time keeping an appealing appearance.

The building is separated in two solid forms, one contains the shelter and community center program while the other has added program, including apartments and stores. Green bridges are used to connect these forms while also providing a space for people to rest and enjoy the exterior. In between these two forms is a concave area where trees are grown, but in the occurrence of a storm or hurricane it accumulates water that then drains through permeable concrete and into a second tank. This second tank is filtered and reused as sanitary water for the bathrooms.