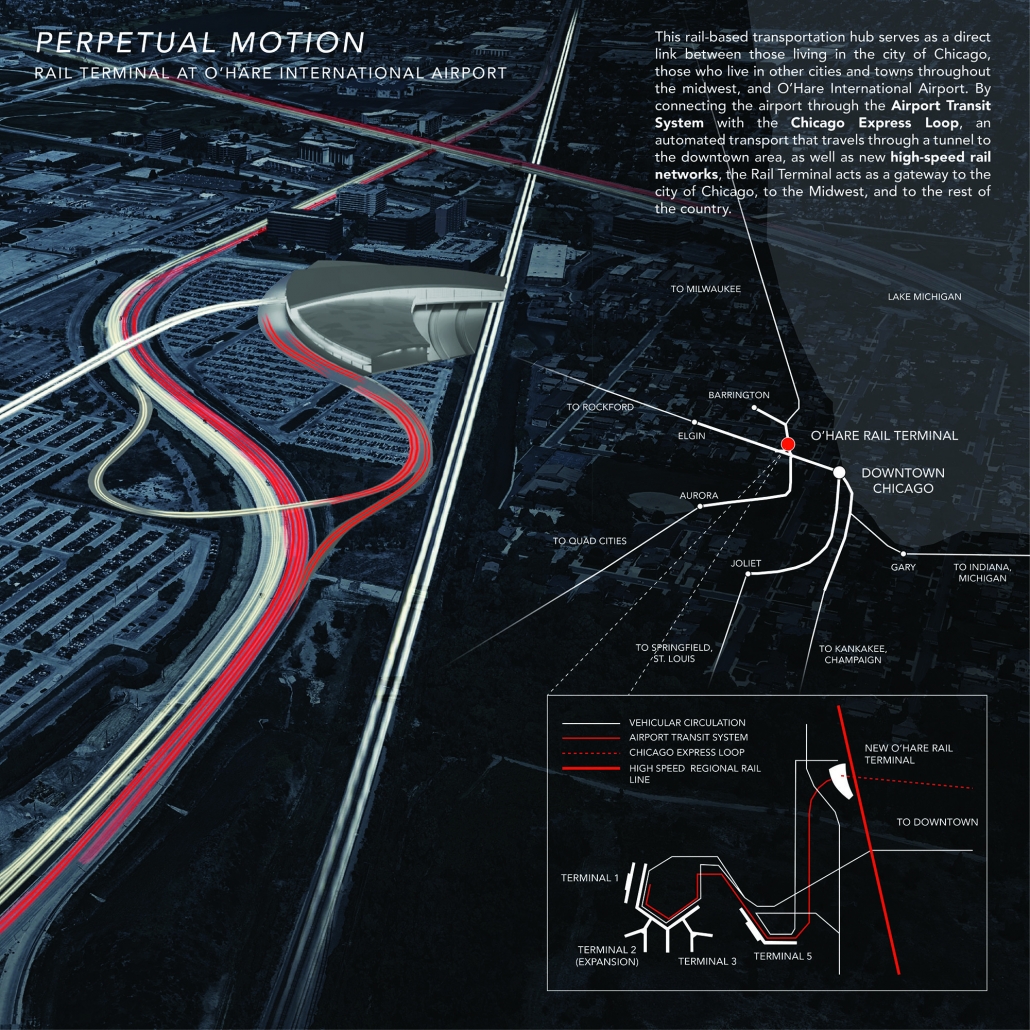 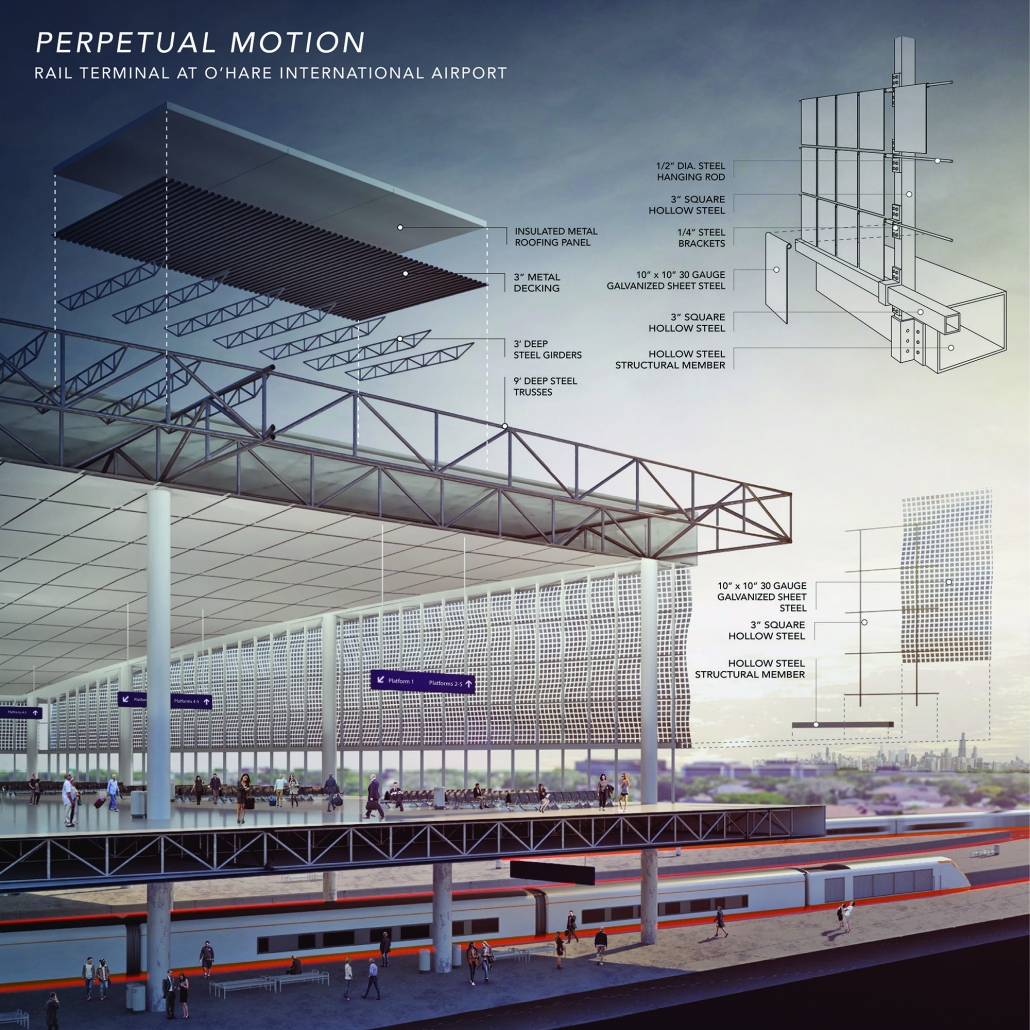 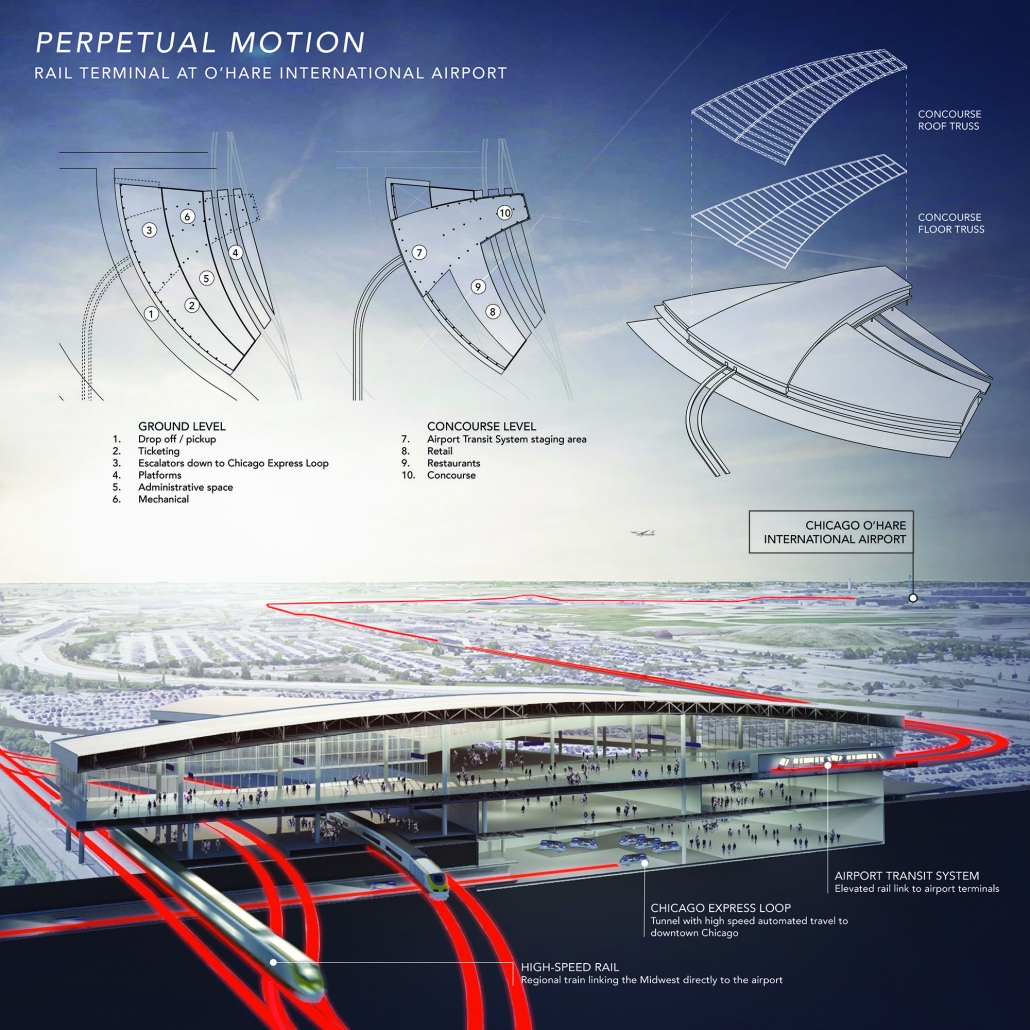 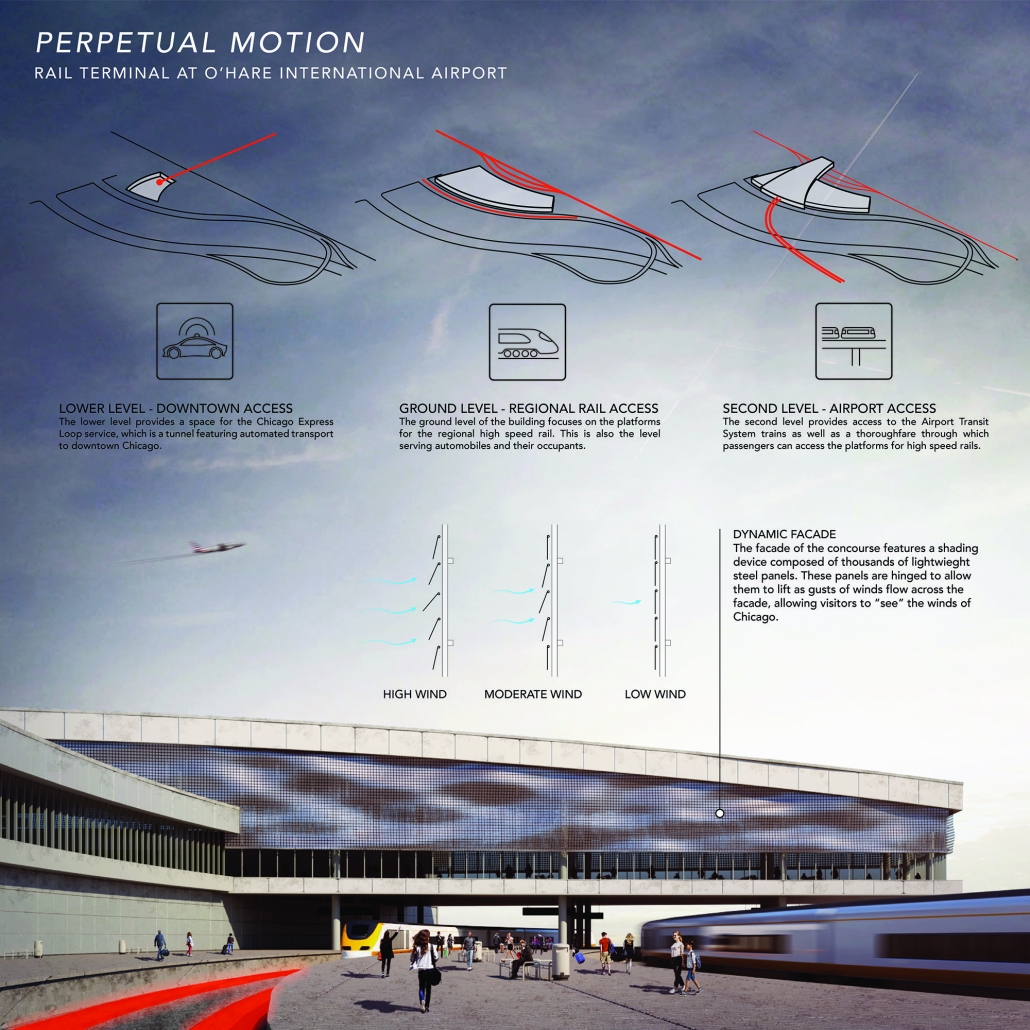 School: University of Illinois at Urbana-Champaign

The Rail Terminal provides an intermodal transportation hub that connects three critical forms of transportation for the Chicago area. The first, the Airport Transit System, is a system of elevated rail lines that connect the Rail Terminal with the airport terminals of Chicago O’Hare International Airport. The lower levels of the building host the Chicago Express Loop, a new method of transportation developed by Elon Musk’s Boring Company, which would allow passengers to travel from O’Hare to downtown in just 12 minutes using automated vehicles that move through a tunnel. However, the main mode of transportation supported by the facility is high-speed rail. The design is driven by a connection to five train platforms, through which passengers will be able to access the suburbs of Chicago as well as major cities throughout the Midwest. Through these means of transportation, the Rail Terminal acts as a gateway to the city of Chicago, the Midwest, and to the rest of the country.

The building’s design has a close relationship with steel. The structure of the floor plates are composed of four foot deep steel trusses. The main interior space, the large concourse that serves as access to the high-speed rail platforms, is light and airy, with few columns despite its size. This is made possible through a second, more robust steel truss system, which is nearly ten feet deep.

The defining feature of the building is the facade system that covers the large expanses of glass on the concourse. Functioning as a sun shading system, a grid of slim steel members support thousands of lightweight galvanized steel panels that work together to shelter the interior from the sun. These panels are hinged on their top edge, allowing wind to freely lift them. This creates an astonishing ripple effect along the facade for millions of travelers to physically see the perpetual motion of the Windy City.