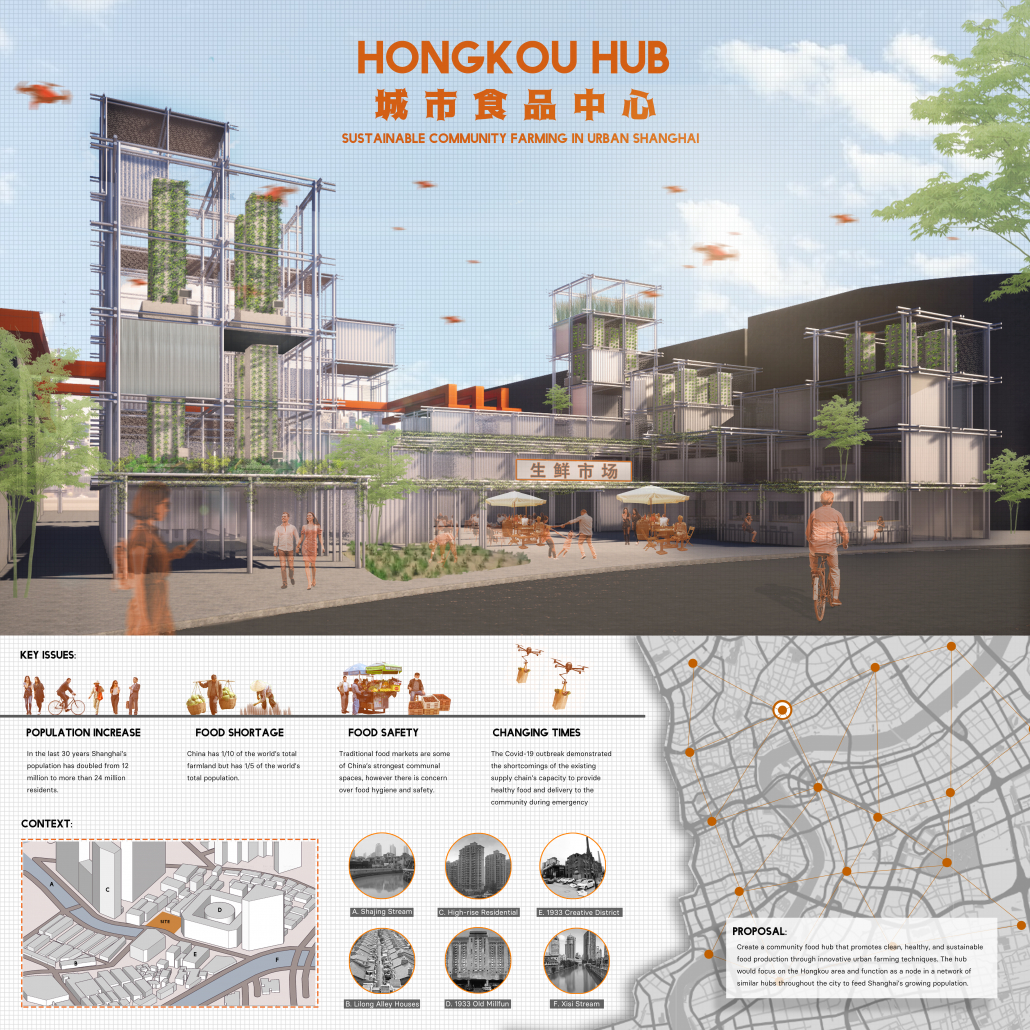 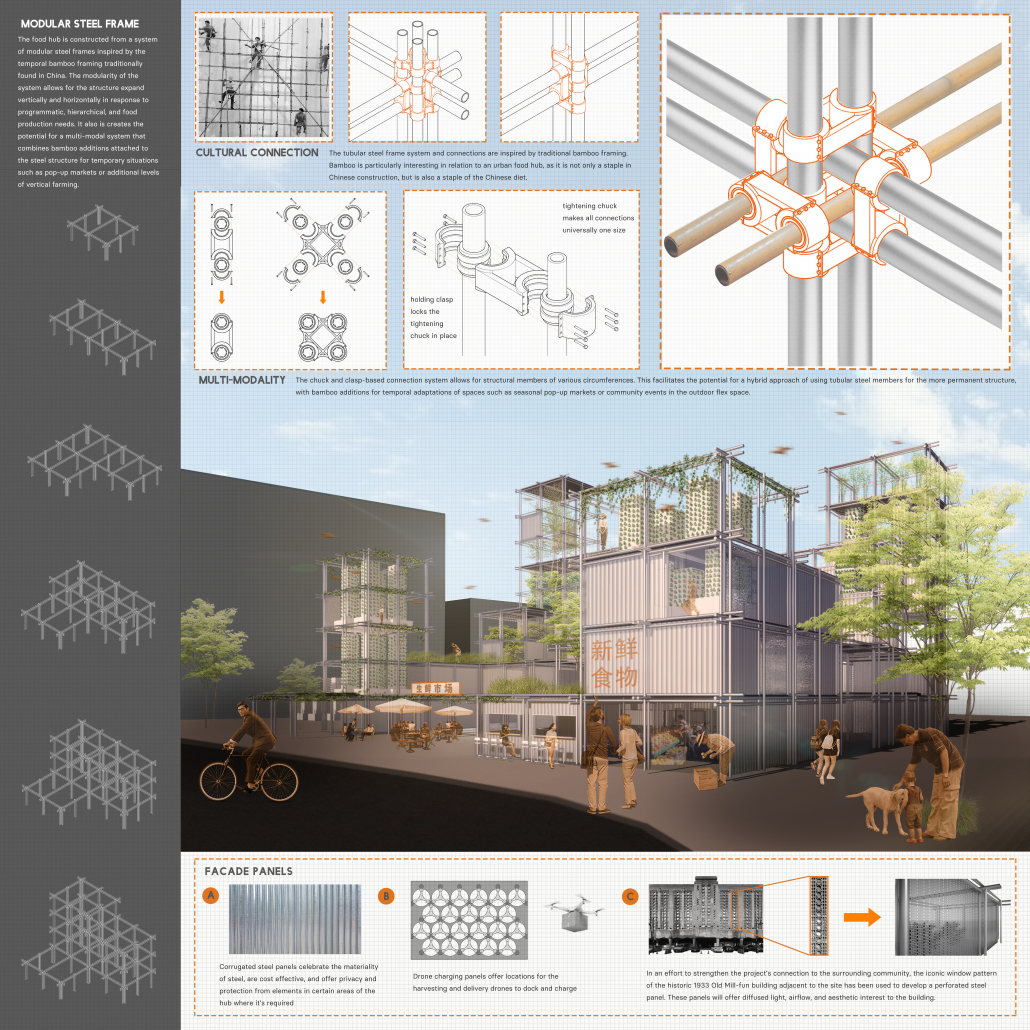 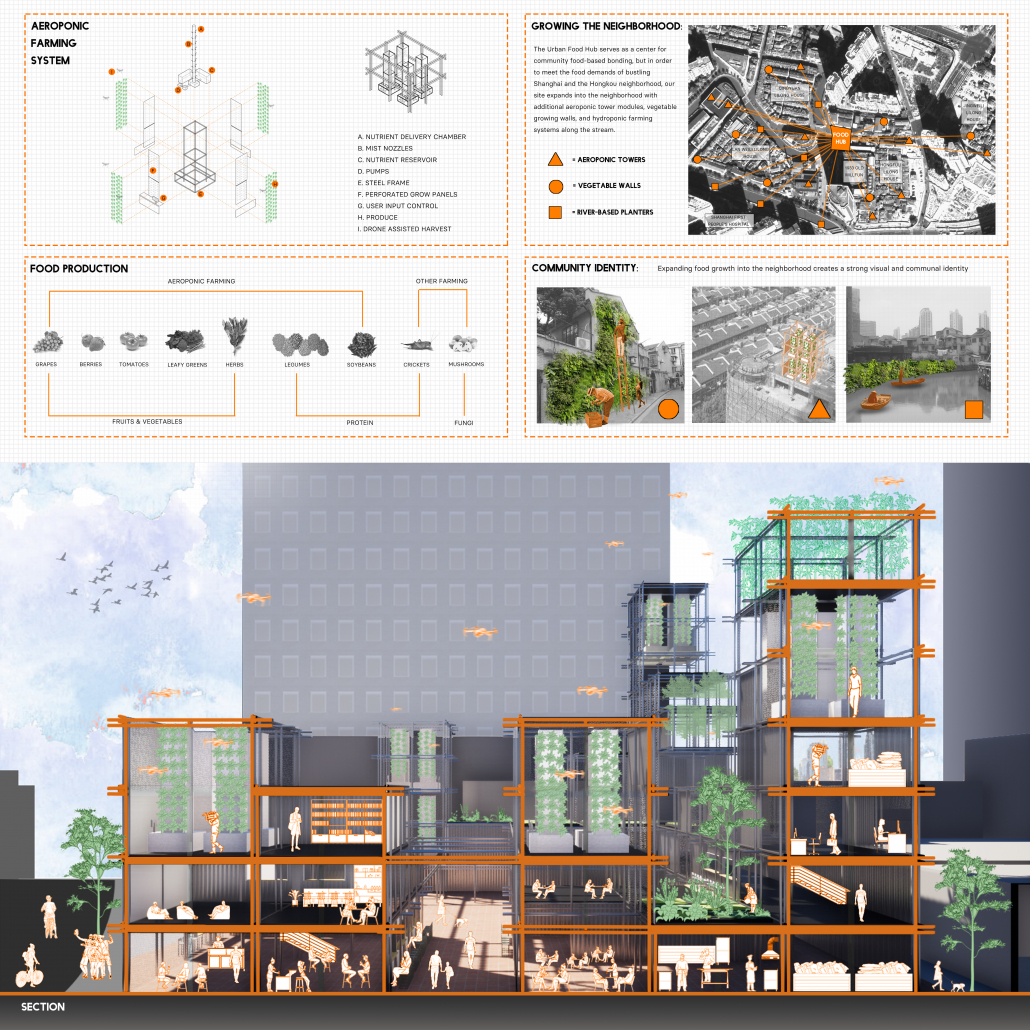 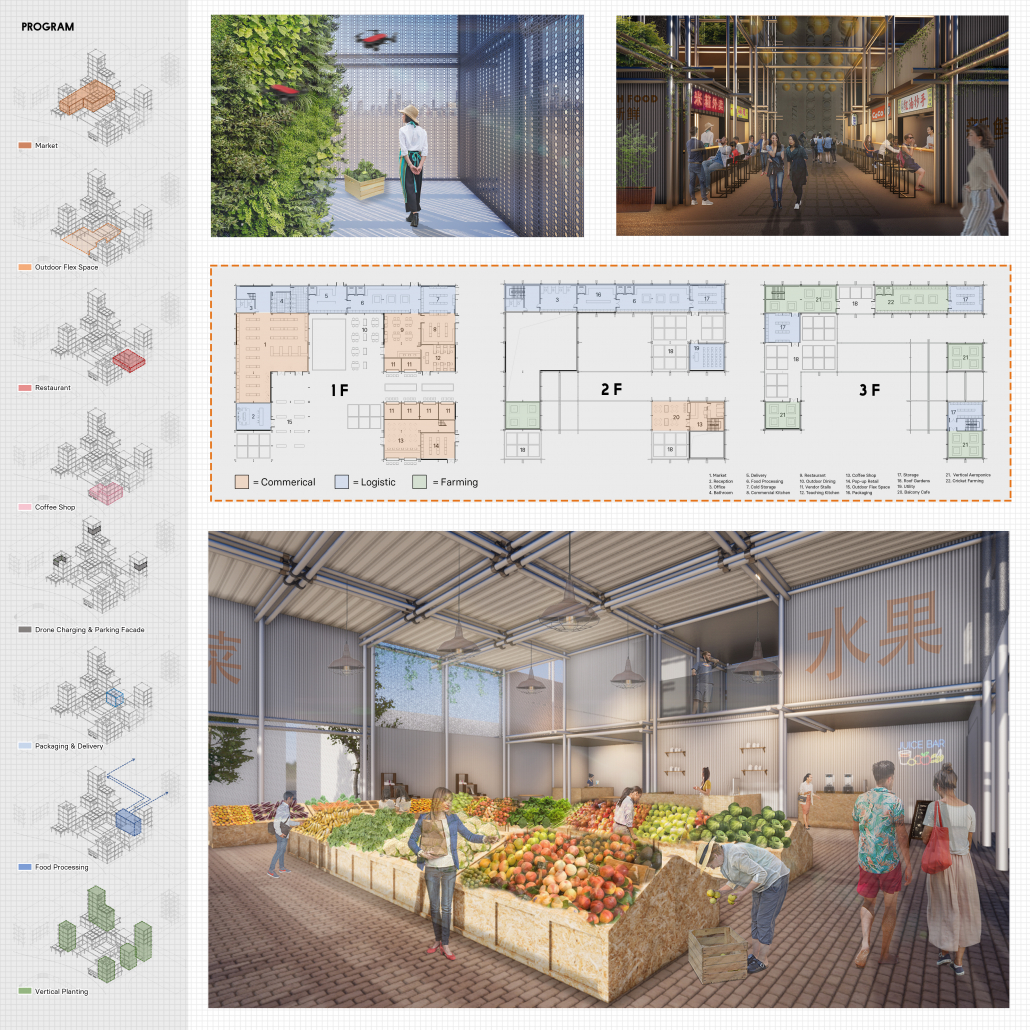 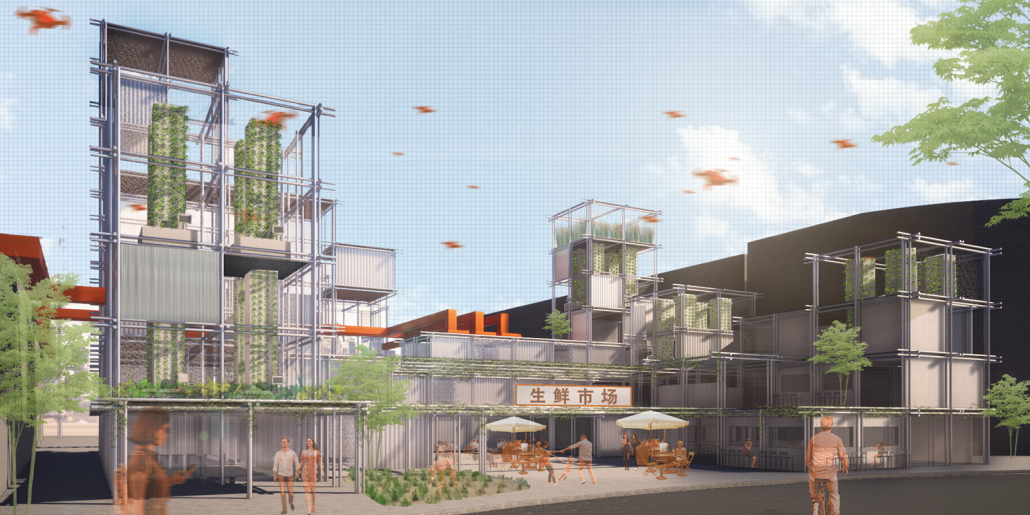 School: University of Hawai’i at Manoa

Hongkou Hub – Sustainable Community Farming in Urban Shanghai receives an honorable mention for how it spoke to the local culture of bamboo adapting it in steel. The sophisticated design uses steel structure to allow the building flexibility.

The “Hongkou Hub” is a model for sustainable community-based urban farming in Shanghai’s Hongkou neighborhood. Shanghai is among the world’s most populous cities, with over 24 million people. That means 24 million mouths to feed, or over 500 million meals to be consumed every week. This urban food hub proposal aims to increase the local community’s access to clean, healthy, and fresh food. Using innovative aeroponic-driven vertical farming, this food hub and others like it around Shanghai can help provide healthy food for neighborhood residents, serve as a center point for bringing the community together, and provide agriculture based work for Shanghai’s many rural-to-urban migrant workers.

Traditional food markets are some of the most important community spaces in Chinese culture, but they also raise concerns over hygiene and food safety. The Hongkou Hub seeks to provide the strong community spaces that traditional markets offer, while improving on some of their shortcomings. Through an on-site ultra-efficient aeroponic farming system that utilizes drone-assisted harvesting, clean and fresh food can reach the consumer within minutes of being harvested. In addition to the market, a restaurant, food vendor stalls, and a coffee shop provide additional spaces for the local community to enjoy and serve as economic stimulators. The on-site teaching kitchen adds an educational aspect to the project and can teach the local community about healthy eating, and modern urban farming techniques. The Urban Food Hub serves as a center for community food-based bonding, but in order to meet the food demands of bustling Shanghai and the Hongkou neighborhood, our site expands into the neighborhood with additional aeroponic tower modules, vegetable growing walls, and hydroponic farming systems along the stream. The food production is expanded beyond just the food hub, as the aeroponic growing towers and green growing walls are placed throughout the Hongkou neighborhood. This initiative creates a strong sense of connection visual identity within the neighborhood.

Ultimately the Honkou Hub is a project that will address some of the most pressing issues currently facing urban Shanghai, while being an asset to the local neighborhood and community.