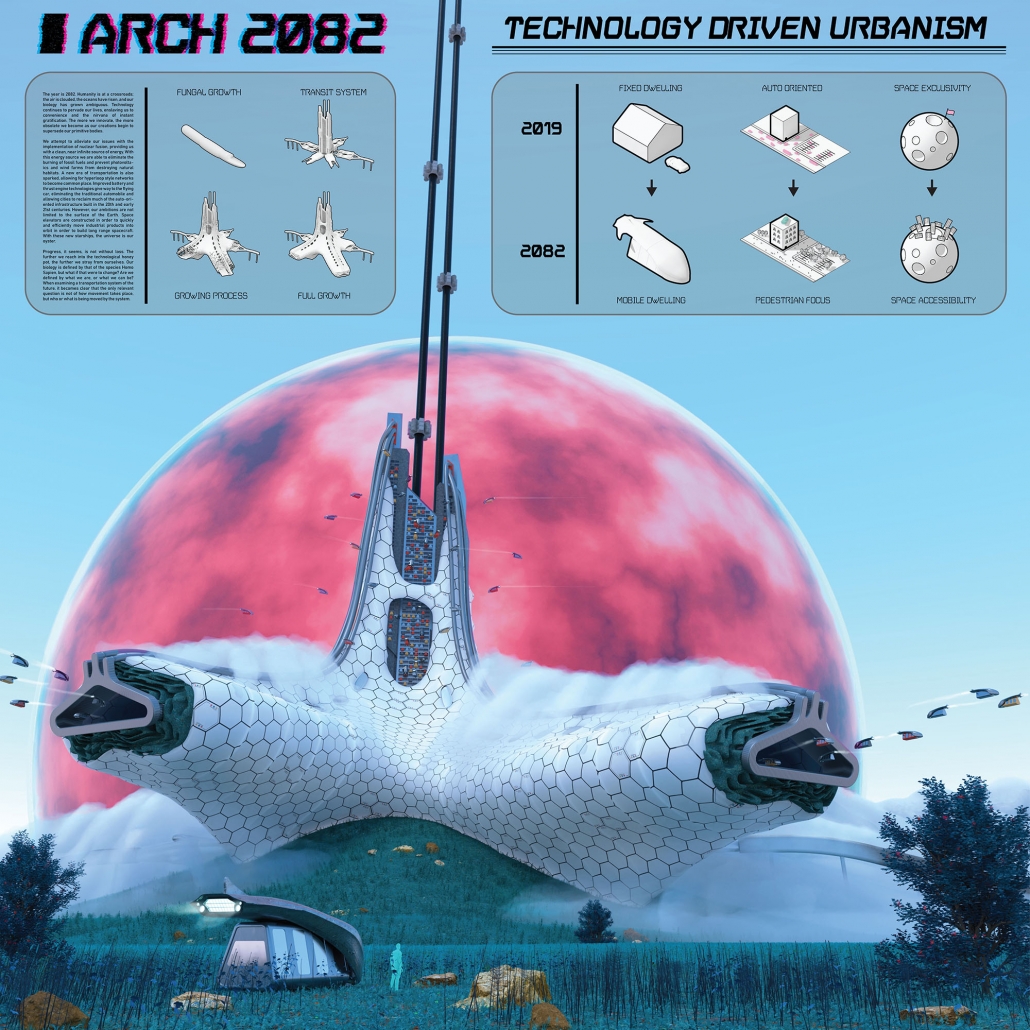 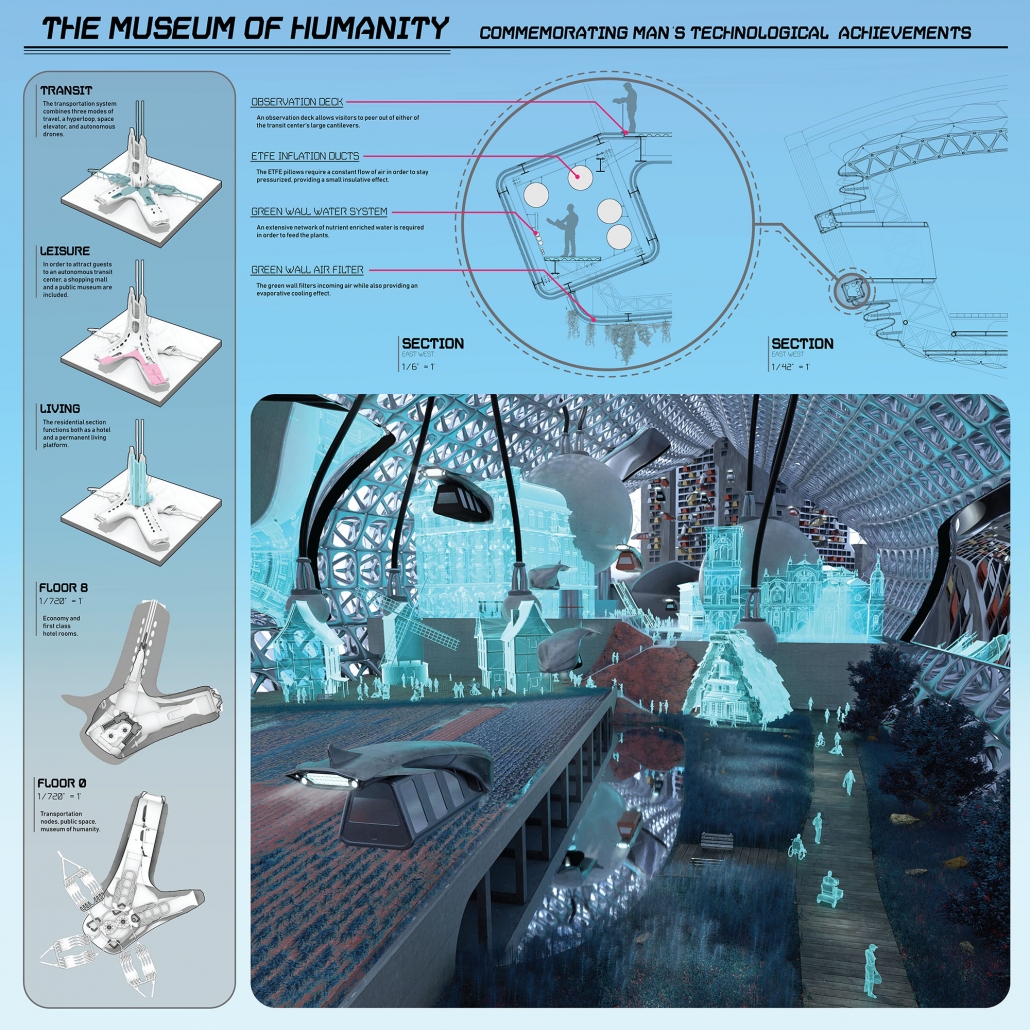 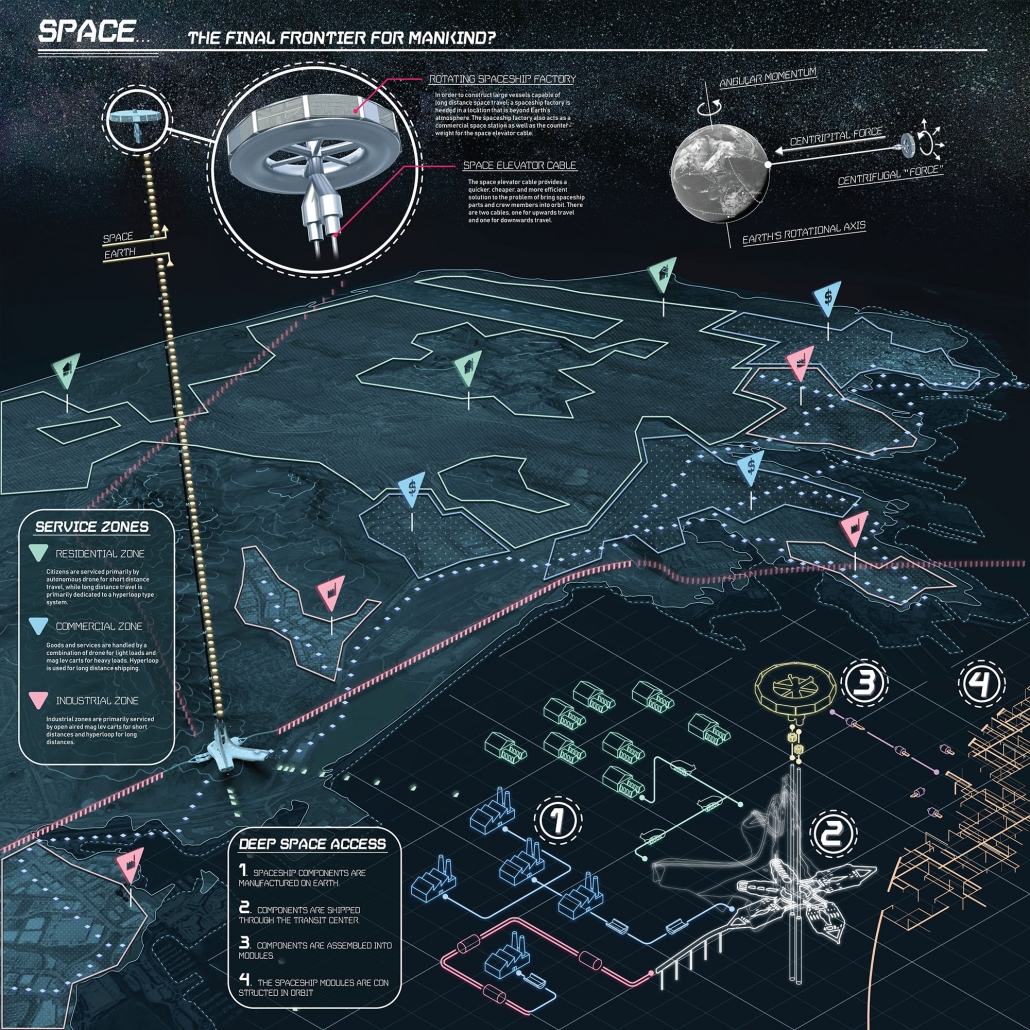 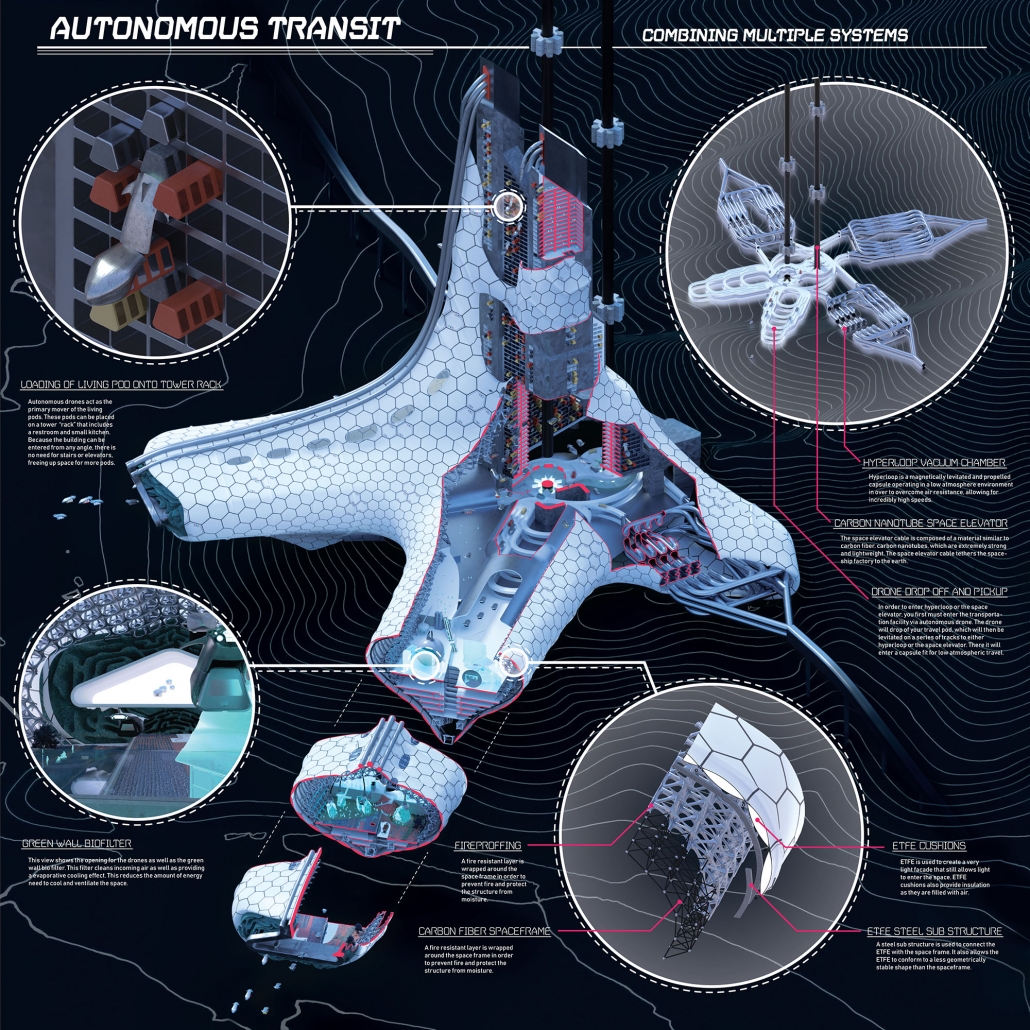 The year is 2082. Humanity is at a crossroads; the air is clouded, the oceans have risen, and our biology has grown ambiguous. Technology continues to pervade our lives, enslaving us to convenience and the nirvana of instant gratification. The more we innovate, the more obsolete we become as our creations begin to supersede our primitive bodies.

We attempt to alleviate our issues with the implementation of nuclear fusion, providing us with a clean, near infinite source of energy. With this energy source we are able to eliminate the burning of fossil fuels and prevent photovoltaics and wind farms from destroying natural habitats. A new era of transportation is also sparked, allowing for hyperloop style networks to become common place. Improved battery and thrust engine technologies give way to the flying car, eliminating the traditional automobile and allowing cities to reclaim much of the auto-oriented infrastructure built in the 20th and early 21st centuries. However, our ambitions are not limited to the surface of the Earth. Space elevators are constructed in order to quickly and efficiently move industrial products into orbit in order to build long range spacecraft. With these new starships, the universe is our oyster.

Progress, it seems, is not without loss. The further we reach into the technological honey pot, the further we stray from ourselves. Our biology is defined by that of the species Homo Sapien, but what if that were to change? Are we defined by what we are, or what we can be? When examining a transportation system of the future, it becomes clear that the only relevant question is not of how movement takes place, but who or what is being moved by the system.