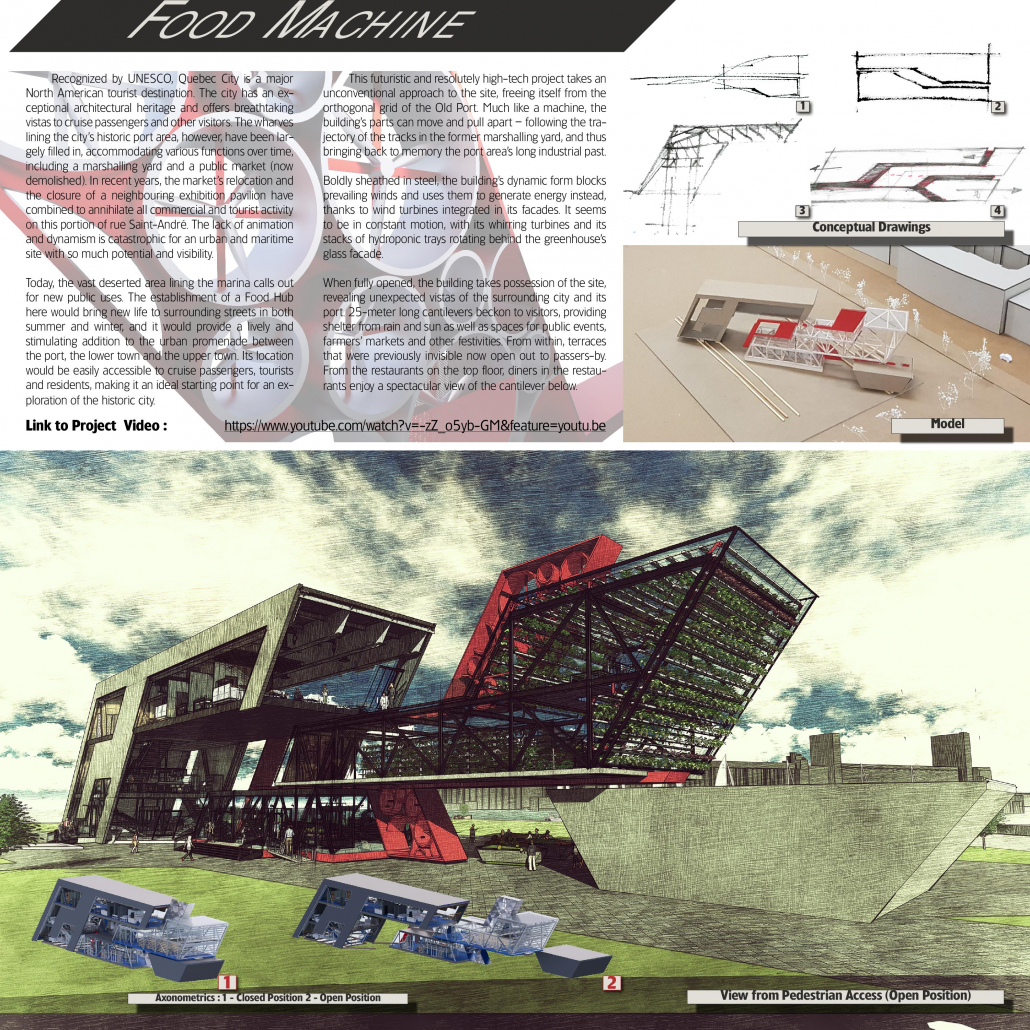 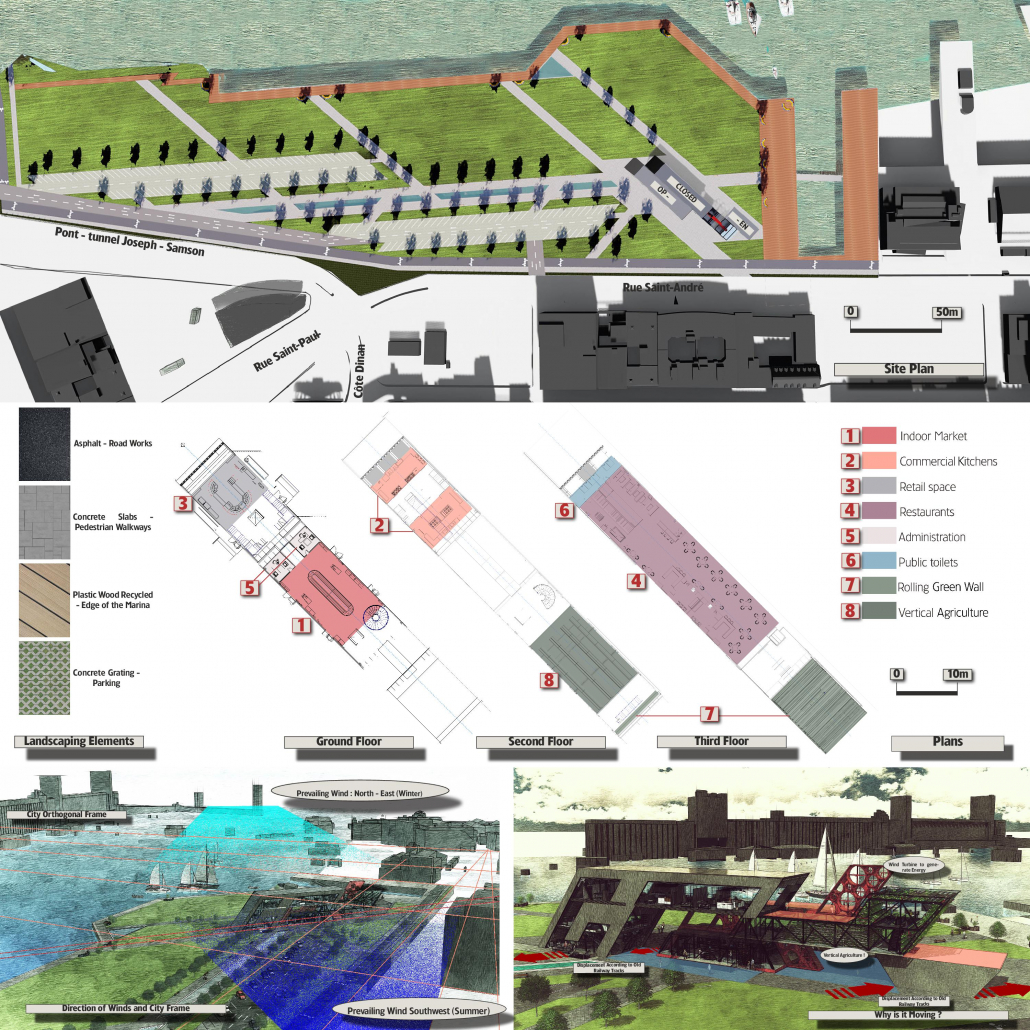 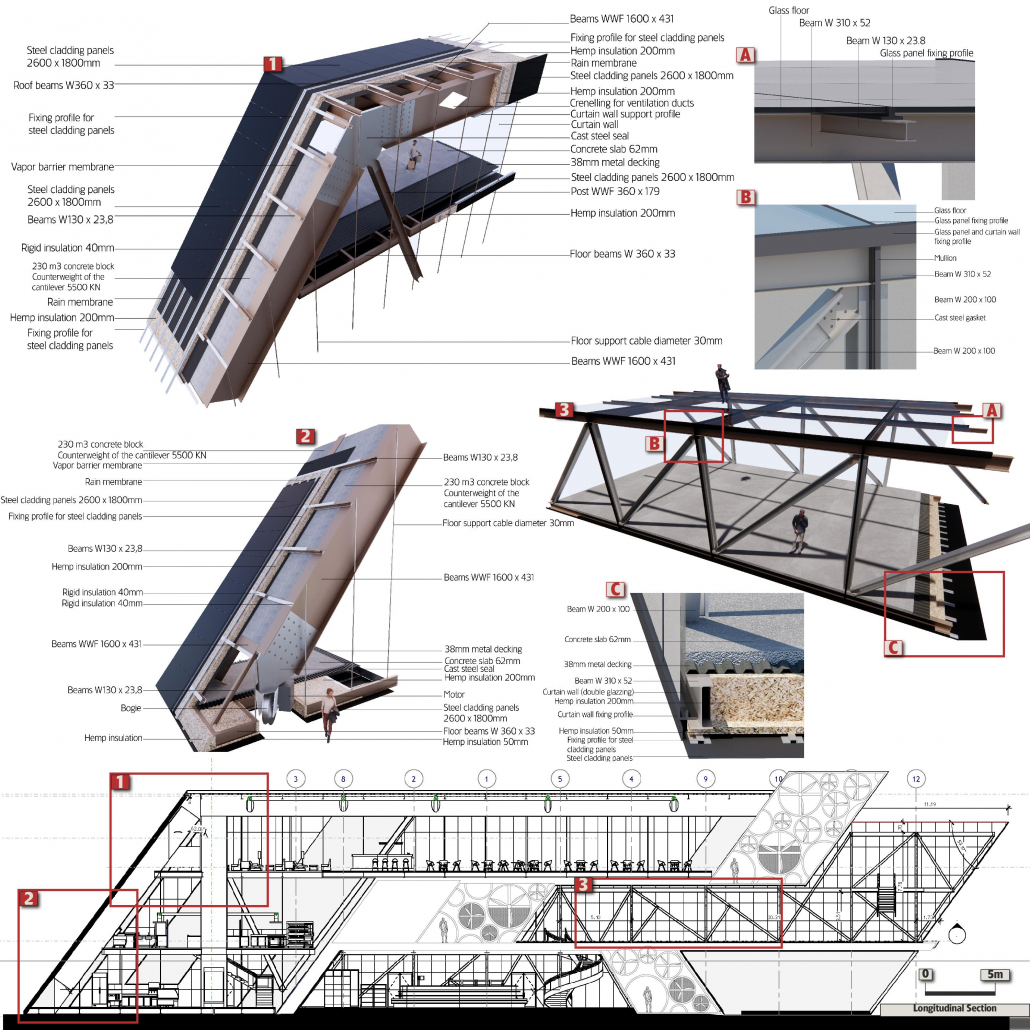 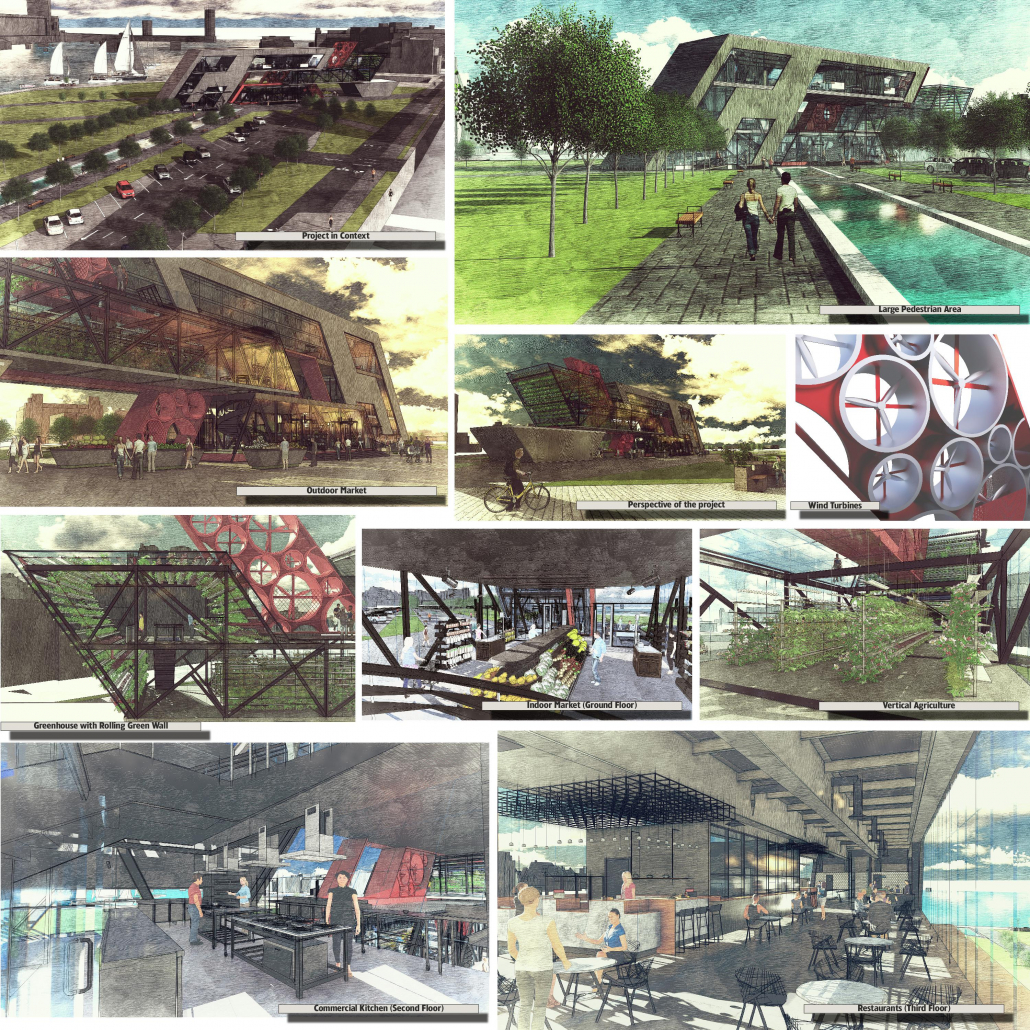 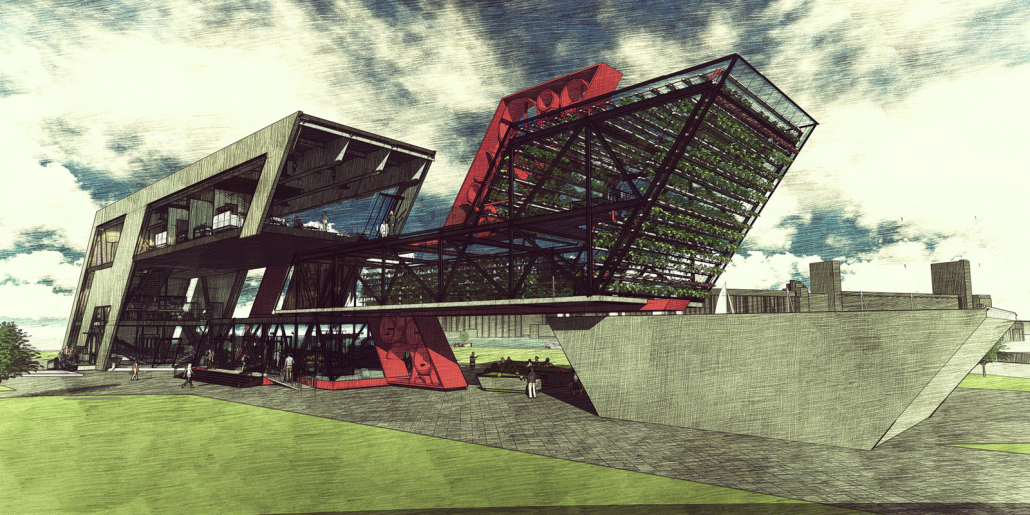 Food Machine is an impressively comprehensive project with well crafted drawings and details. The students have strong conviction, which created an exuberant presentation and in-depth understanding of the steel structure and compositional form. The project is ambitious and believable from the small steel details to the larger structural members.

Recognized by UNESCO, Quebec City is a major North American tourist destination. The city has an exceptional architectural heritage and offers breathtaking vistas to cruise passengers and other visitors. The wharves lining the city’s historic port area, however, have been largely filled in, accommodating various functions over time, including a marshalling yard and a public market (now demolished). In recent years, the market’s relocation and the closure of a neighbouring exhibition pavilion have combined to annihilate all commercial and tourist activity on this portion of rue Saint-André. The lack of animation and dynamism is catastrophic for an urban and maritime site with so much potential and visibility.

Today, the vast deserted area lining the marina calls out for new public uses. The establishment of a Food Hub here would bring new life to surrounding streets in both summer and winter, and it would provide a lively and stimulating addition to the urban promenade between the port, the lower town and the upper town. Its location would be easily accessible to cruise passengers, tourists and residents, making it an ideal starting point for an exploration of the historic city.

This futuristic and resolutely high-tech project takes an unconventional approach to the site, freeing itself from the orthogonal grid of the Old Port. Much like a machine, the building’s parts can move and pull apart – following the trajectory of the tracks in the former marshalling yard, and thus bringing back to memory the port area’s long industrial past.

Boldly sheathed in steel, the building’s dynamic form blocks prevailing winds and uses them to generate energy instead, thanks to wind turbines integrated in its facades. It seems to be in constant motion, with its whirring turbines and its stacks of hydroponic trays rotating behind the greenhouse’s glass facade.

When fully opened, the building takes possession of the site, revealing unexpected vistas of the surrounding city and its port. 25-meter long cantilevers beckon to visitors, providing shelter from rain and sun as well as spaces for public events, farmers’ markets and other festivities. From within, terraces that were previously invisible now open out to passers-by. From the restaurants on the top floor, diners in the restaurants enjoy a spectacular view of the cantilever below.

The food hub is broken down into 3 blocks: A large mobile cantilever, a (fixed) glass block also cantilevered and a third mobile part.

– On the third floor, a large 380m² space with several restaurants, a play area and separate public toilets.

In the glass block (fixed) we find:

– On the second floor, a vertical farming area of 220m²

The third and final block is simply a storage and storage space for crops, it can also be used for deliveries to local shops.