Neither Individual, Nor Group: A First Year Design Studio Experiment 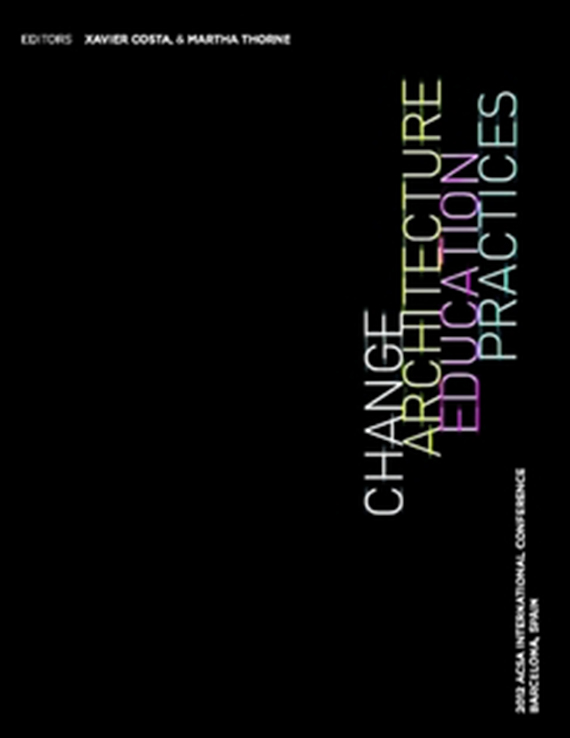 Architectural schools, particularly design studio is where conventions of practiceare exercised and developed. Modes of operating in the design studio,as well as in architectural practice, conventionally vary between individual orgroup work. Although groups operate with a collective brain, they are eventuallyexpected to perform as an individual body as well. This tendency towardsindividuality could be read in relation with the singular, heroic, genius conceptionof the author-architect, which was critised by Barthes in “The Death ofthe Author”. When collectivity is packaged into a rigid, single-minded persona,potentials generated by relationality, encounters and conflicts are put at risk.On the other hand, certain modes of collectivity bear the danger of eroding theindividual, which is just as problematic.Today, as the world becomes more connected and modes of production getmore relational, there is a need to go beyond the myth of the individual independentdesigner in all creative fields. In “Relational Aesthetics”, Bourriaudtalks about the possibility of an art, taking as its theoretical horizon the realmof human interactions and its social context, rather than the assertion of anindependent and private symbolic space. This points to a radical shift in theaesthetic, cultural and political realms, also in architecture, where conventionalmodes of organization and roles of authorship fall into question.Hence, this paper employs a particular design game in architectural educationwhich explores potentials beyond individual or group work, challengesconventions of collaboration, therefore roles of authorship, and promotesother paths of coming together, negotiating and designing.“Karaköy x2”, was the final project of first semester of the first year designstudio at Istanbul Technical University’s Faculty of Architecture in 2010-2011. This six week long design game aimed to study, understand andintervene into a historic district of Istanbul, namely Karaköy, at the verge ofmassive urban transformations.Besides reading a complex urban fabric, understanding its dynamics, developingarchitectural programs and proposing spatial interventions, this project wasmainly designed as an experiment to facilitate and monitor different modes ofcollective design.The experiment was structured as a platform where students were given a50x50m square each, in which they propose their architectural interventionsindividually. Simultaneously, they had to form a programmatic and physicalnetwork overrunning Karaköy, which forced them to negotiate with their neighborsin building connections. Due to multiplicity and complexity of negotiations,gatherings were constantly formed and reformed, concurrently. Neitheras a group, nor as fully individualistic, an open platform facilitated collectivityas a fluid function guided by the choices of designers and requirements ofdesign subject. Different from having to choose between individuality and collectivity,individuality was reinforced in a collective manner.Meanwhile, as tutors, we had the chance to observe modes of negotiationamong designers, behavioral divergences in their roles of authorship andtheir impacts on design subject itself.Through this particular design studio experiment, its outcomes and evaluations,by challenging conventions of collaboration and authorship, we aim todiscuss potentials for an alternative 1st year architectural education.