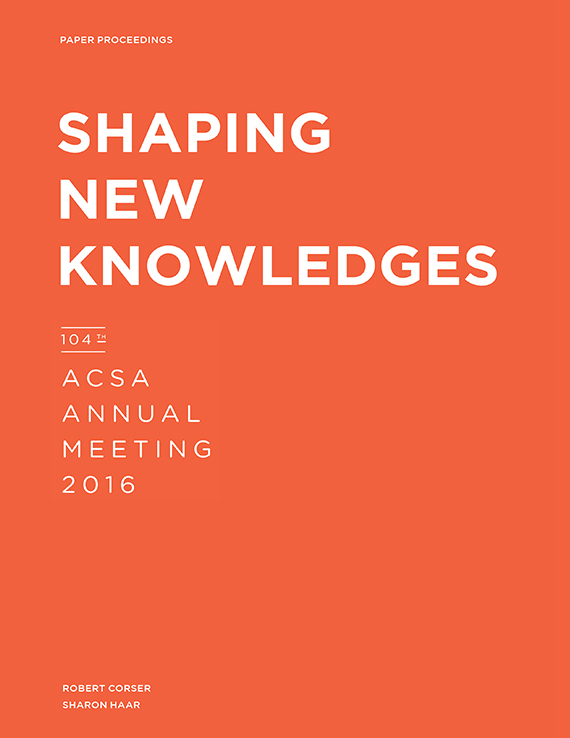 Architectural education and practice are engaged in a point of reflection on the relationshipbetween theory and application, which can be viewed as the struggle to find truth and valuein scientific, technological and cultural terms. Recent forays into philosophical discourse inthe critical era of architectural theory, followed by post-critical humanistic reaction, reflectsthe current uncertainty of architectural trajectories seeking to embrace both the theoreticaland practice. The Authors argue that a study of the space of production in architecturalresearch holds prospects in clarifying the role of experimentation in theory and practice,integrating varieties of simulation, analysis and realization composing contemporary practice,and revealing a novel thread for philosophical investigation into architectural education.