ProPEL
Home » Proceedings Index » Intersections Between the Academy and Practice, Papers from the 2017 AIA/ACSA Intersections Symposium » Hypermodels: An Exploration of New Media Environments and Expansive Representation...

Hypermodels: An Exploration of New Media Environments and Expansive Representation of Architecture 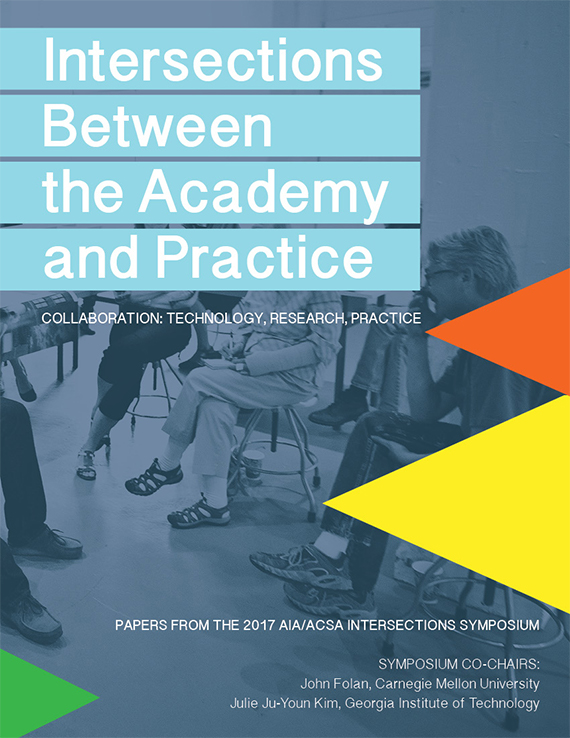 With the advent of new digital media technologies offering immersive virtual environments have emerged new modes of architectural representation. How, in turn, can these technologies shape the less visible, and visual, aspects of architectural production? This paper considers such digital, immersive technologies as Mixed, Virtual, and Augmented Reality within the historical and theoretical context of digital media to better understand their function in charting a frontier for the three dimensional representation of architecture. I propose the notion of the hypermodel, a “hypertext version” of digital models that contains and “opens up” to more than the physical parts of a building. Hypermodel is a connector of digital space and the physical world—represented via multiple forms of media—revealing the temporal expanse and informational depth of the virtual beyond the bounds of an architectural artifact. In this sense, the new medium also hints at and allows for novel collaborative methods. The new language of design and communication at work in the mixed reality medium is itself interconnected—it reflects and reinforces the inter-disciplinary and inter-media nature of architectural production today.