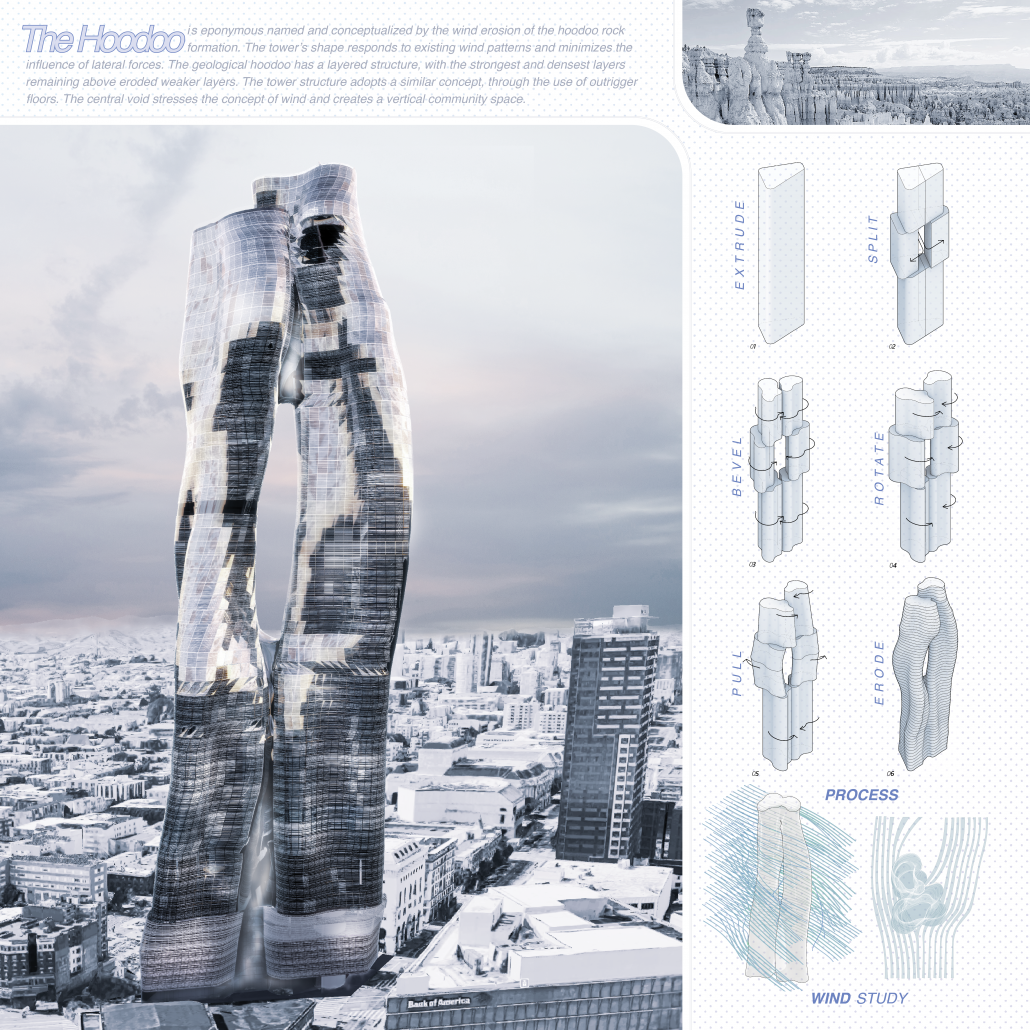 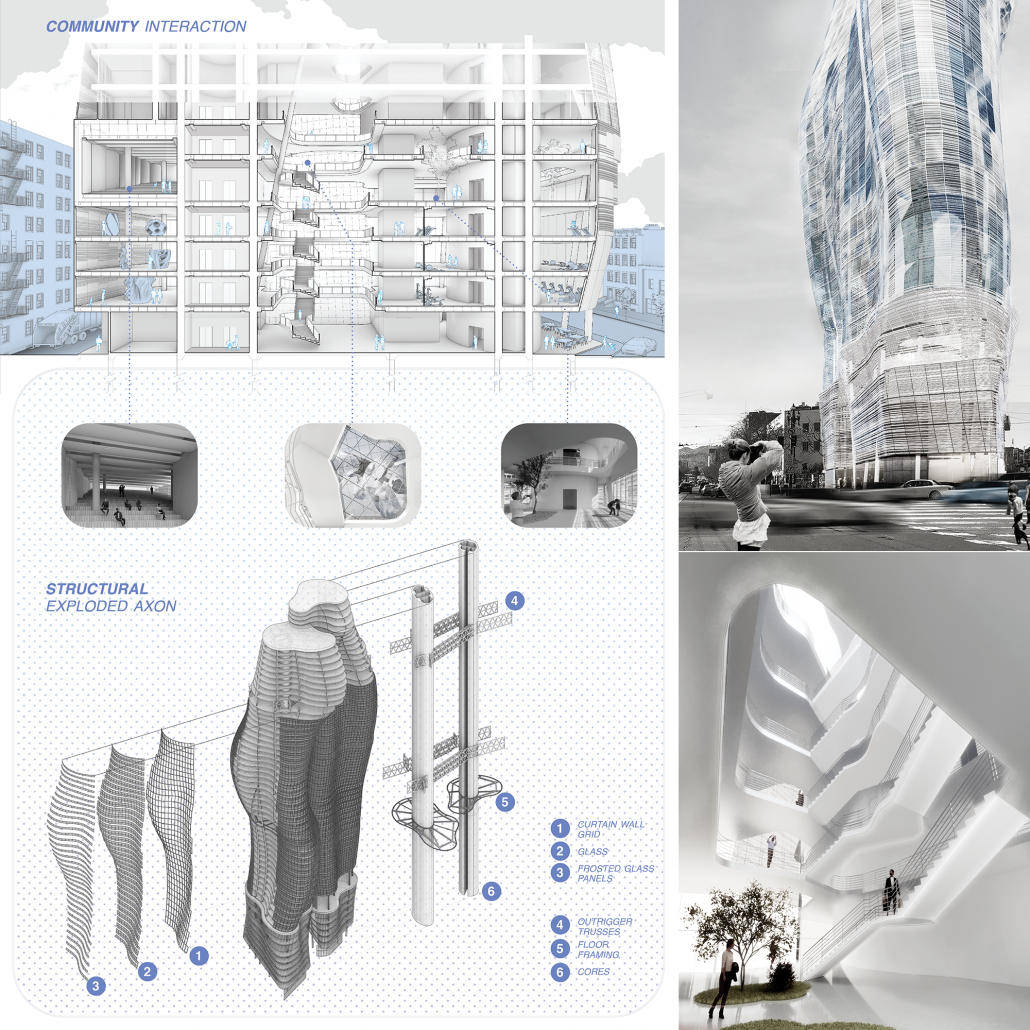 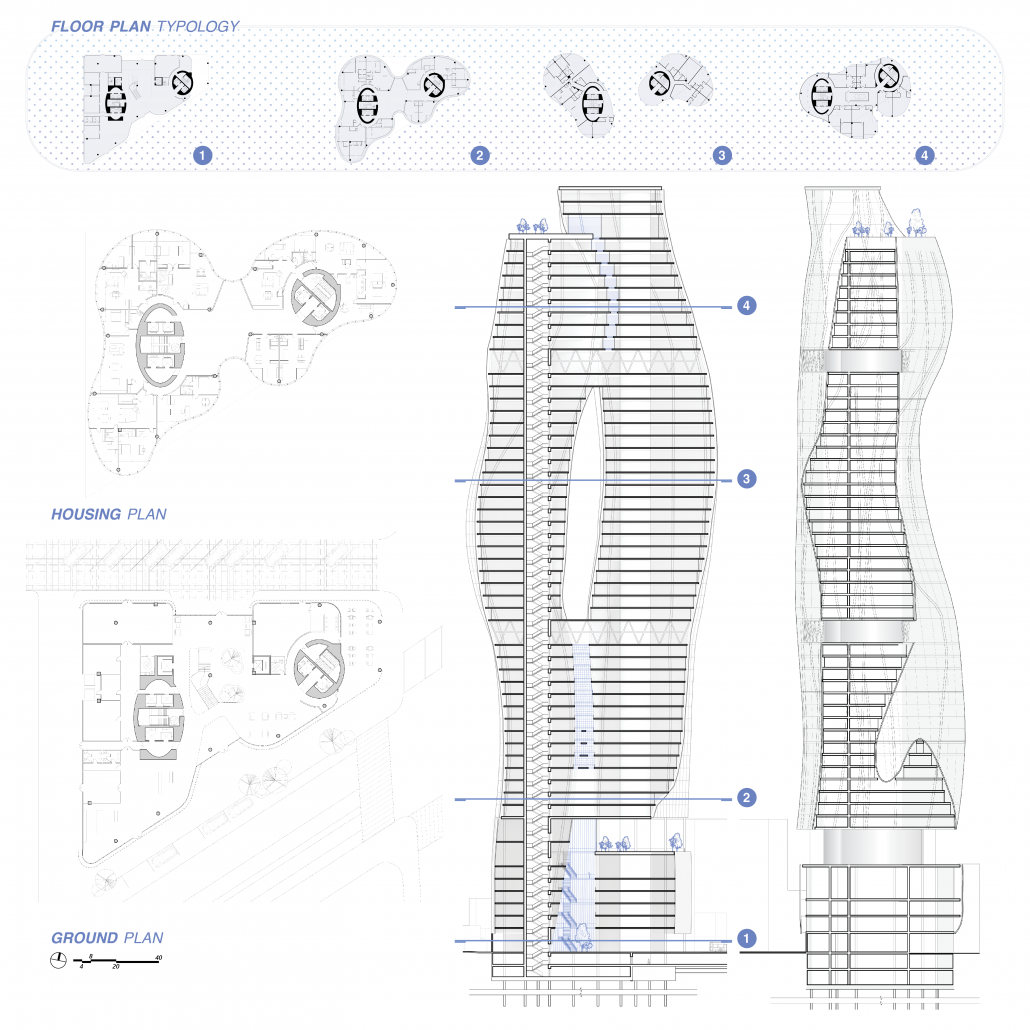 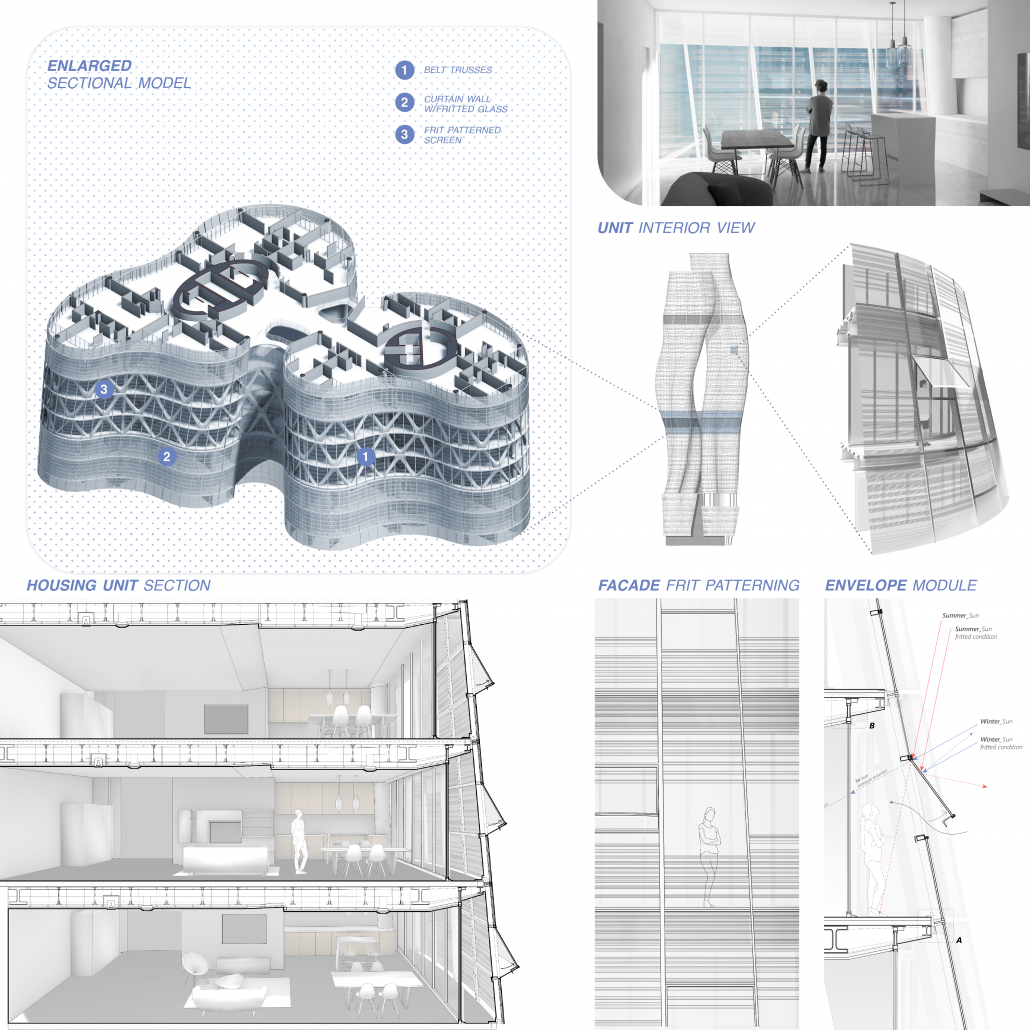 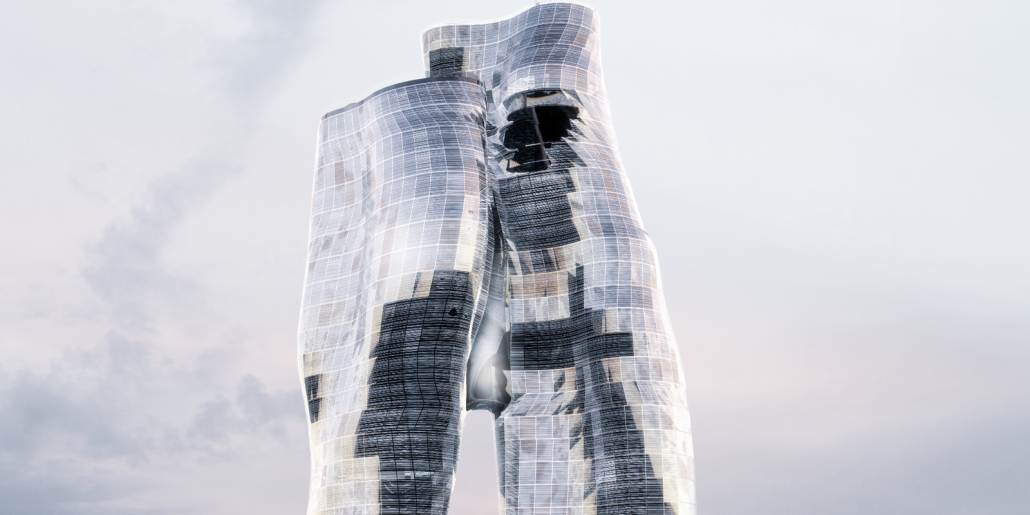 the HOODOO receives an honorable mention for its esthetically beautiful and interesting idea as a formal strategy. Aesthetically, the students present the building through amazing renderings and intricate steel detailing.

The Hoodoo is a high-rise residential tower located at 1 Oak Street in San Francisco.

The Hoodoo tower interprets the wind erosion of a rock formation. Its shape responds to existing wind patterns and minimizes the influence of lateral forces. The geological hoodoo has a layered structure, with the strongest and densest layers remaining above eroded weaker layers. The tower structure adopts a similar concept, using the outrigger floors. The central void stresses the concept of wind and creates a vertical community space.

The envelope is a double skin facade system for the tower and a screen system for the podium. Horizontal frit creates a pattern which would correspond with the erosion concept, decrease the sun exposure, and create living shadows in the apartment units. The podium system repeats the same pattern of frit using a terracotta screen instead.

We designed the podium to address the intersection of two major streets of SF with an open space on the first floor. The podium atrium connects Market and Oak streets. It also provides the view to eroded towers as well as the city which gives the sense of place to the visitors. The Podium also includes such spaces as outside cafe, rock formation museum, roof garden and other civic spaces.

The tower provides the housing with 450+ units varying from 6 to 10 units per floor. The Housing Unit is a segment of a floor plate. This allows to make every room of a unit have different views. The balconies of a unit appear in certain rooms to create an eroded pattern from exterior.