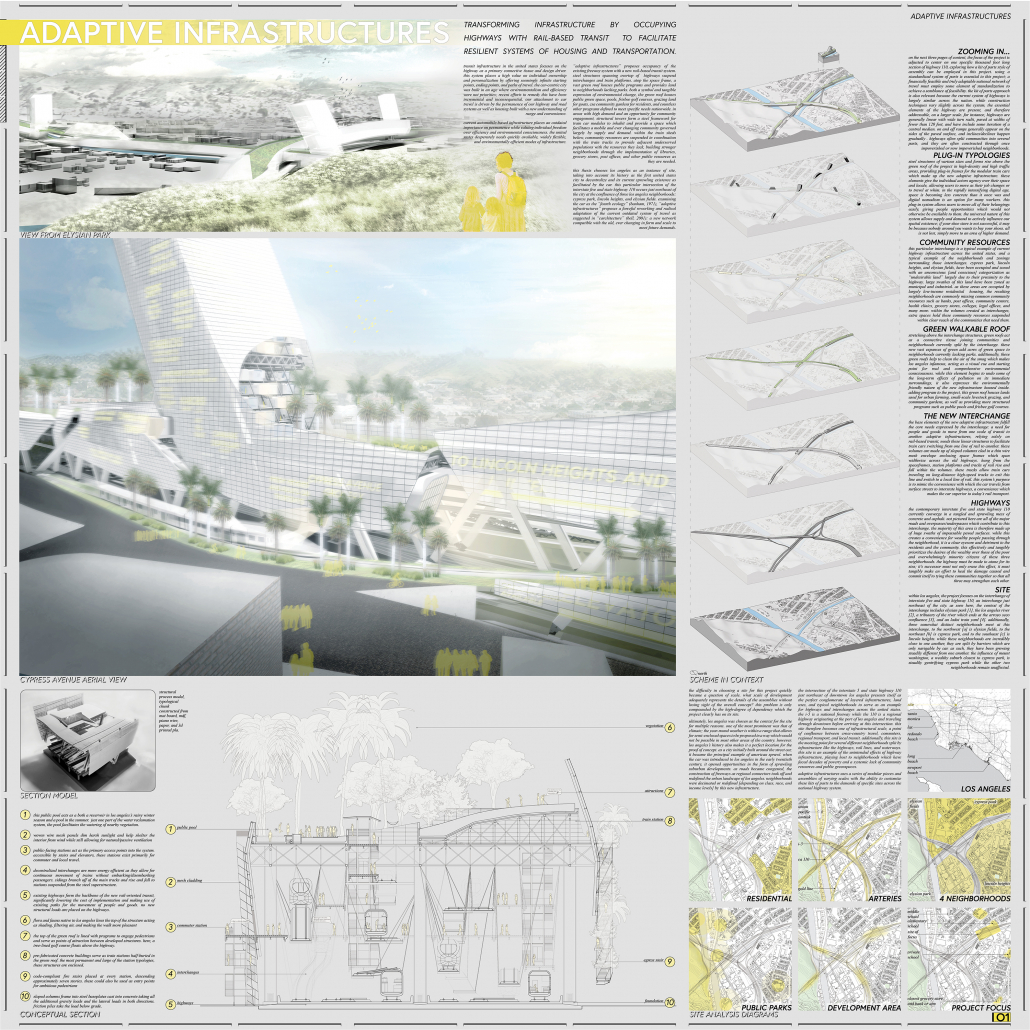 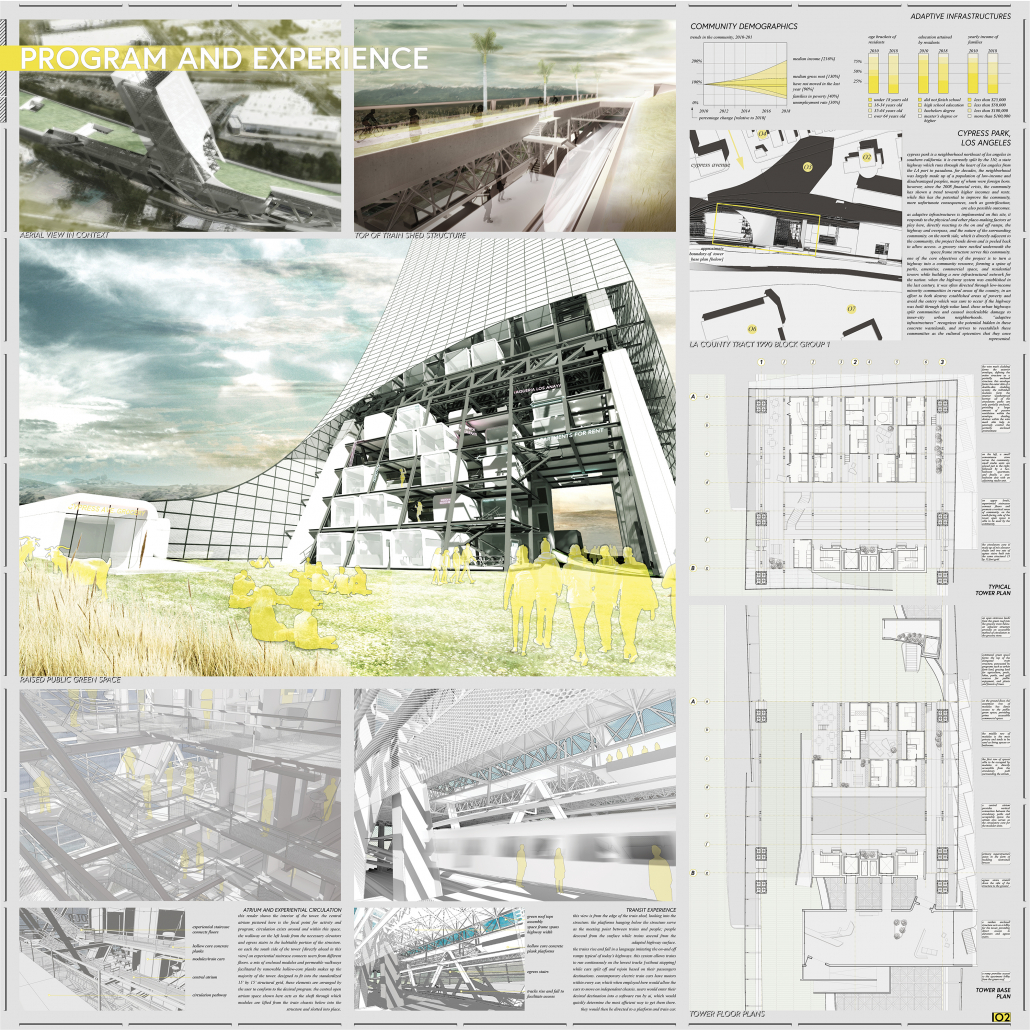 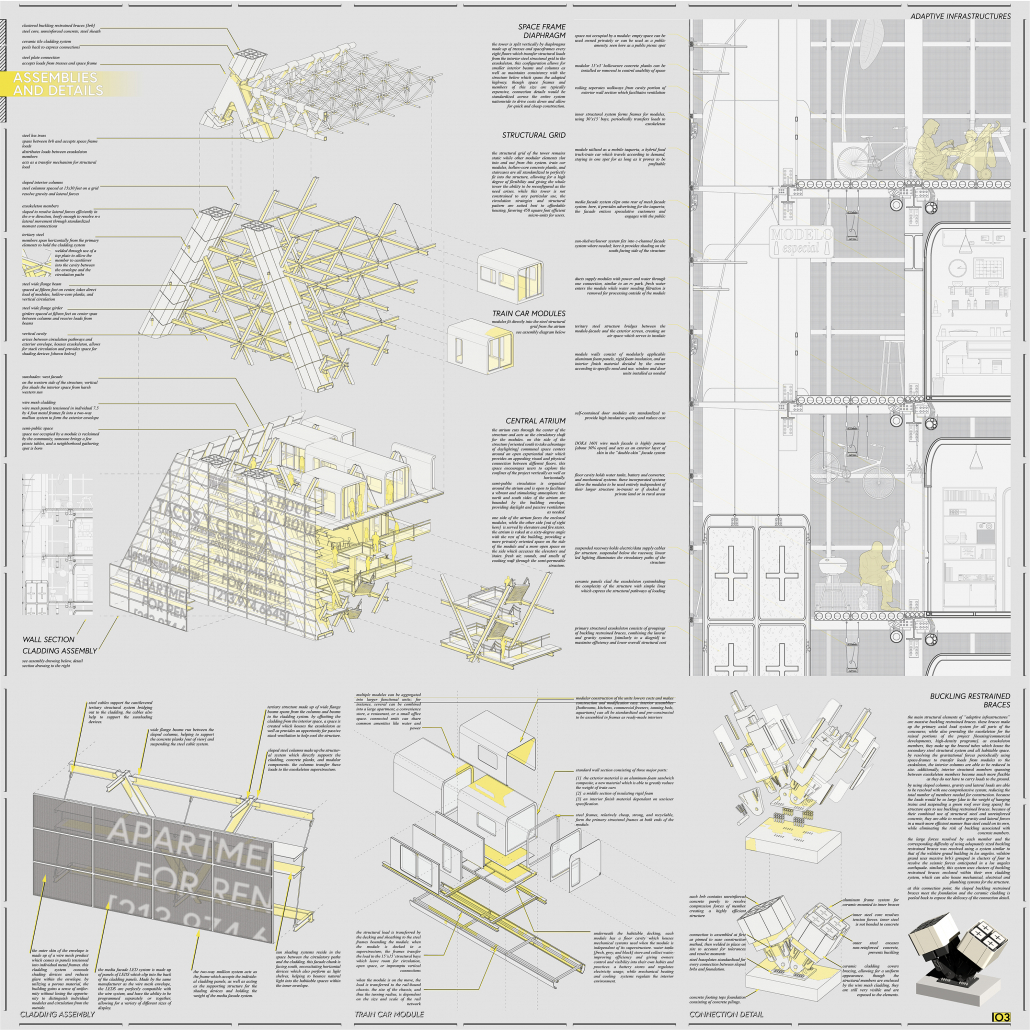 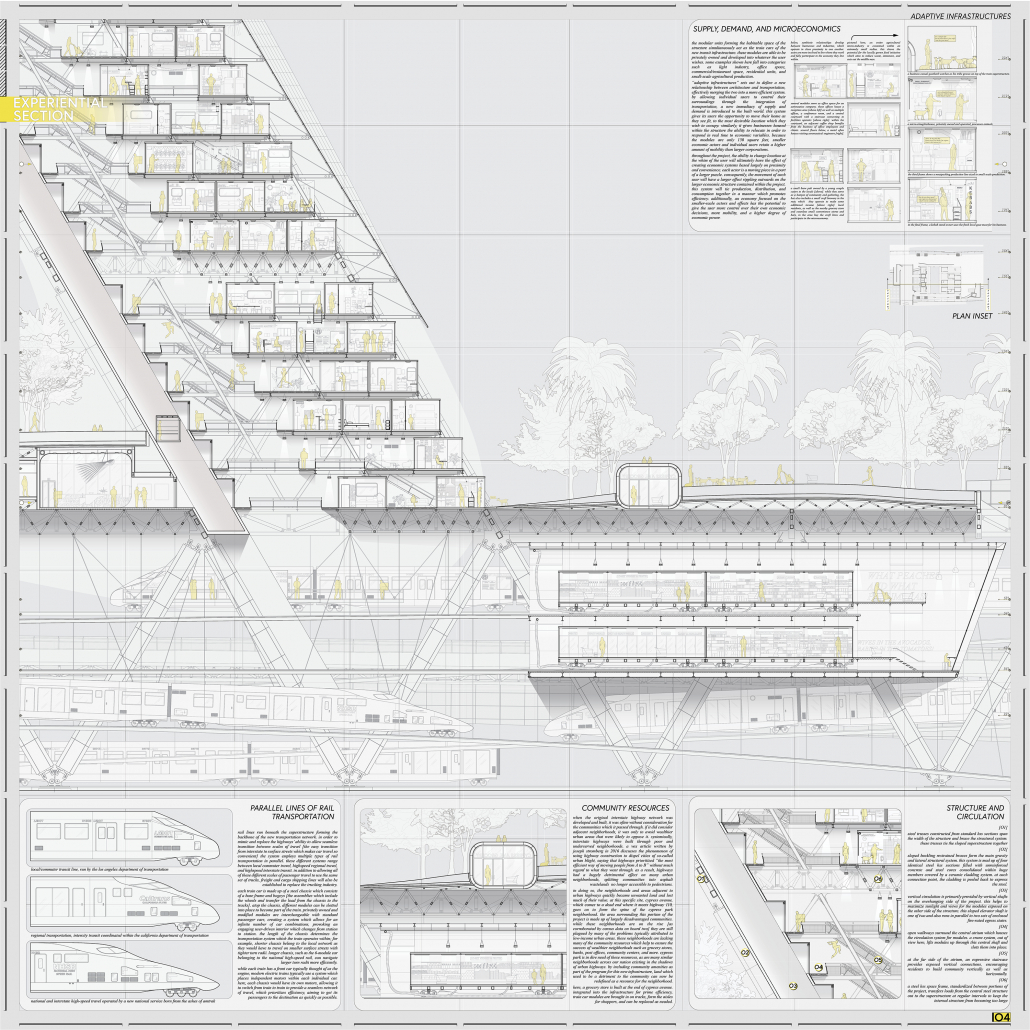 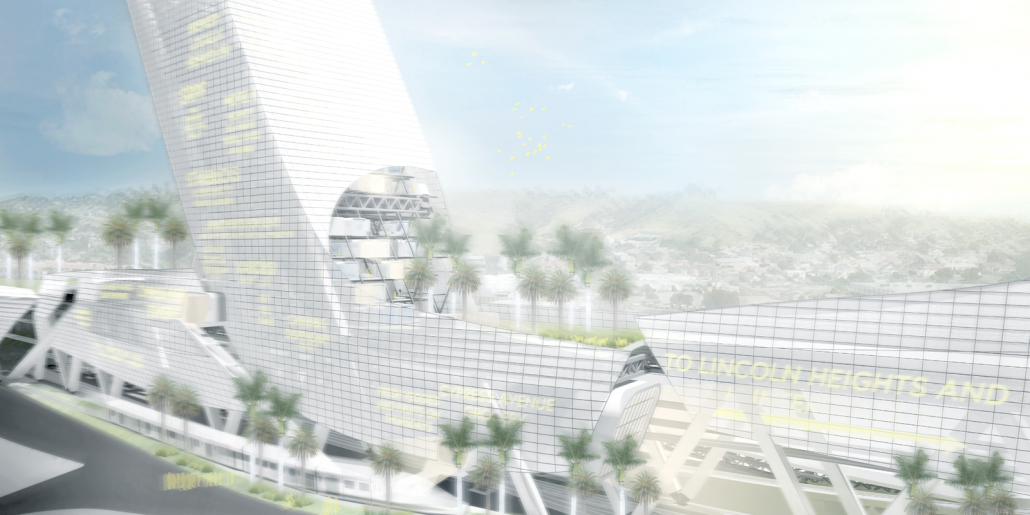 Adaptive Infrastructures is selected as an honorable mention through its conceptual approach, which proposes a design that could be applied to many cities.

Transit infrastructure in the United States focuses on the highway as a primary connective tissue and design driver. This system places a high value on individual ownership and personalization by offering seemingly infinite starting points, ending points, and paths of travel. The car-centric city was built in an age where environmentalism and efficiency were not priorities; recent efforts to remedy this have been incremental and inconsequential. Our attachment to car travel is driven by the permanence of our highway and road systems as well as housing built with a new understanding of range and convenience.

“Adaptive infrastructures” proposes occupancy of the existing freeway system with a new rail-based transit system. This effort will occur gradually, beginning with an insertion of commuter and local rail and culminating in a national system of high-speed rail to replace car-driven transit. The system is punctuated by transportation hubs as centers of travel, commerce, industry, and community. Each hub is constructed as a framework for the programs which occur inside, confronting new fast-paced and nomadic cultural and socioeconomic norms by envisioning programs as temporary installations amid a permanent structure.

This thesis chooses Los Angeles as an instance of site, taking into account its history as the first American city to decentralize and its current sprawling existence as facilitated by the car. Examining the car as the “fourth ecology” (Banham, 1971), “Adaptive Infrastructures” proposes a forceful reworking and radical adaptation of the current outdated system of travel as suggested in “Carchitecture” (Bell, 2001): a new network compatible with the old, ever changing in form and scale to meet future demands.