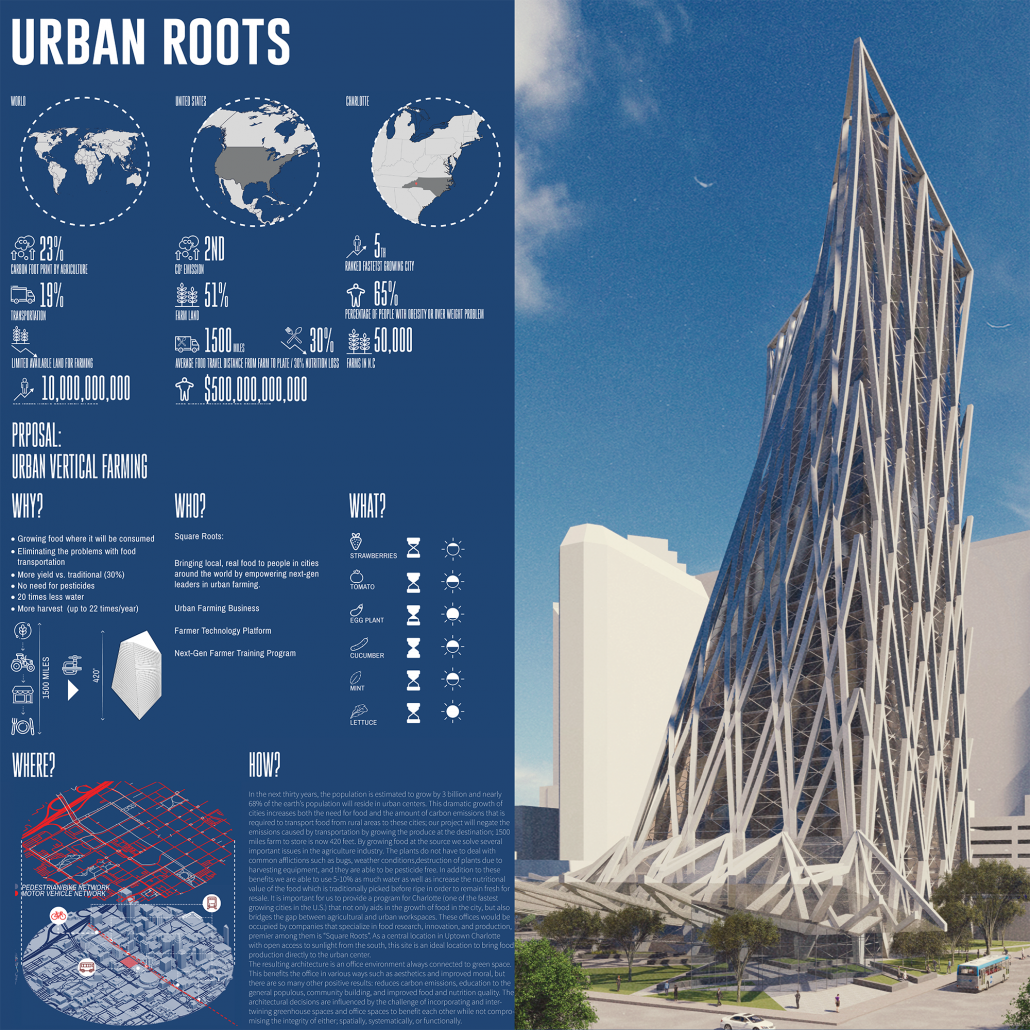 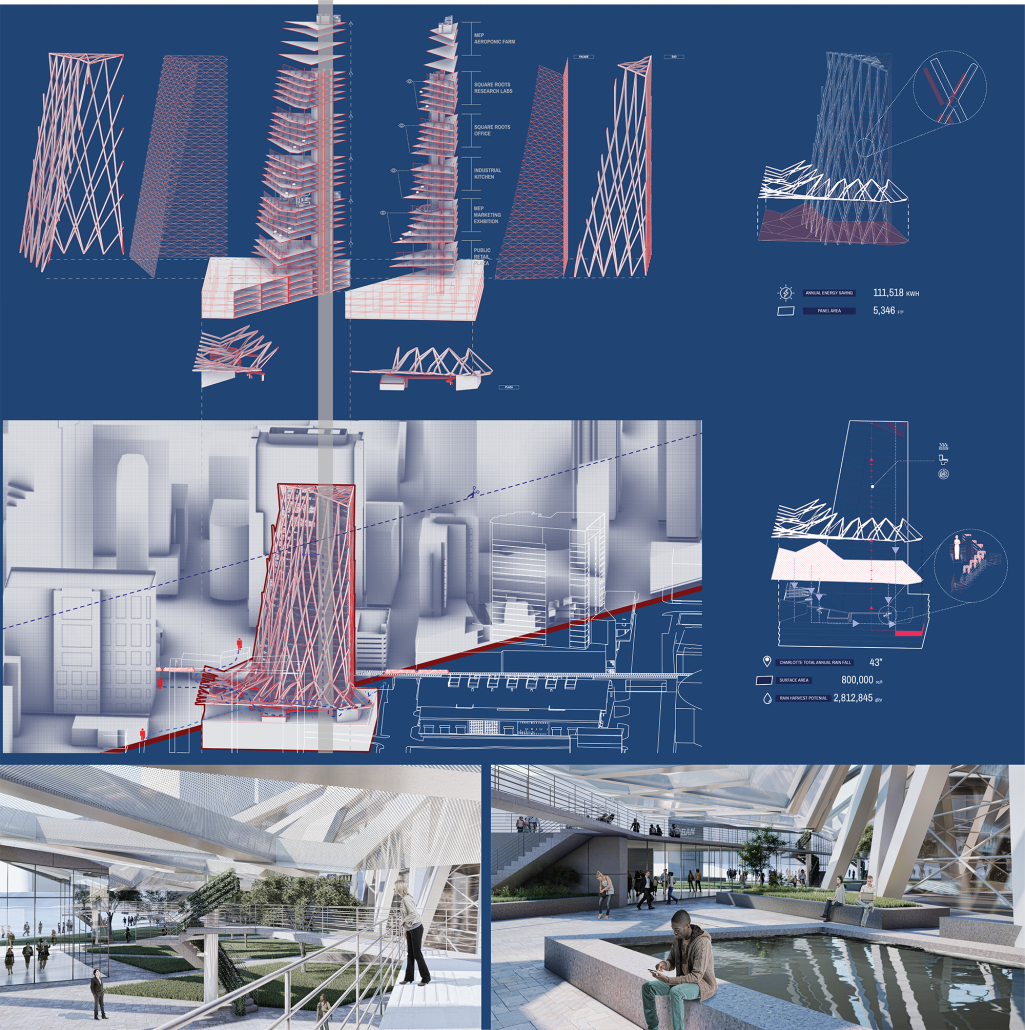 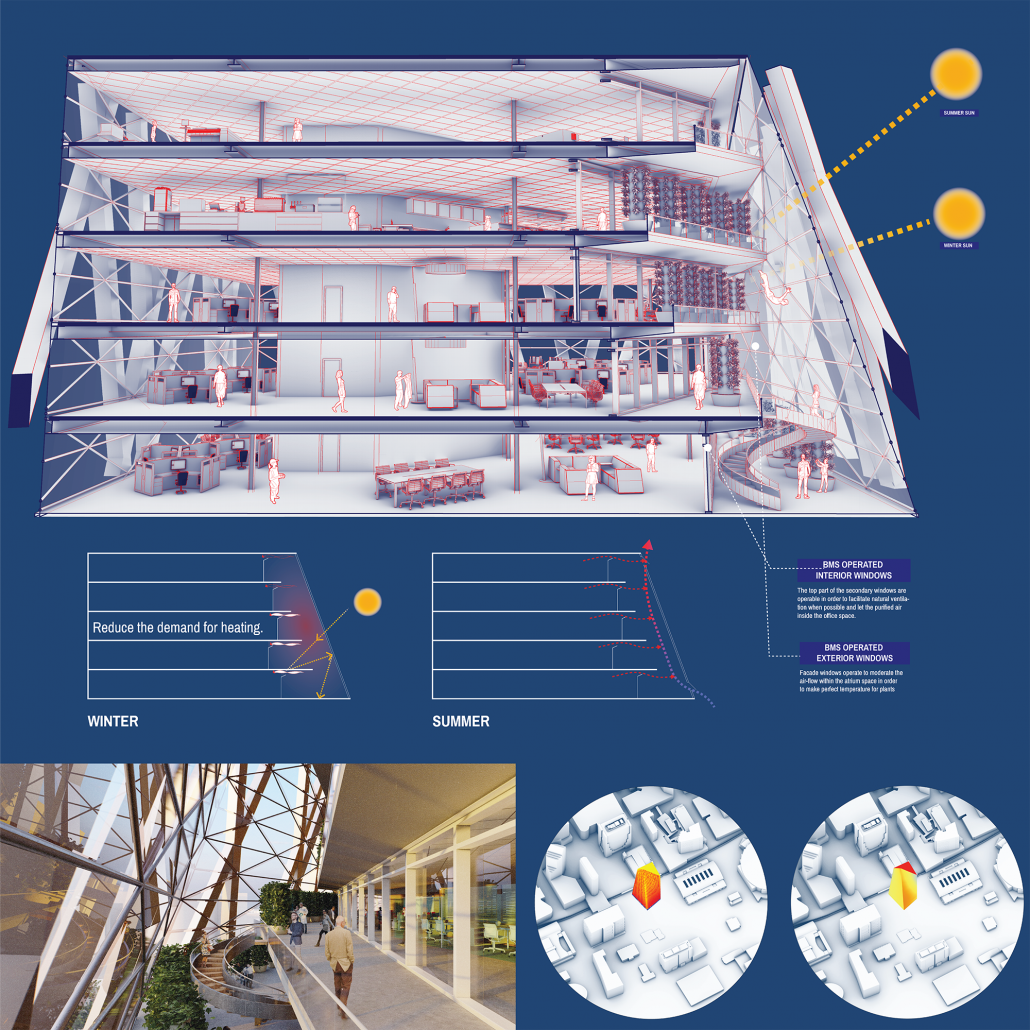 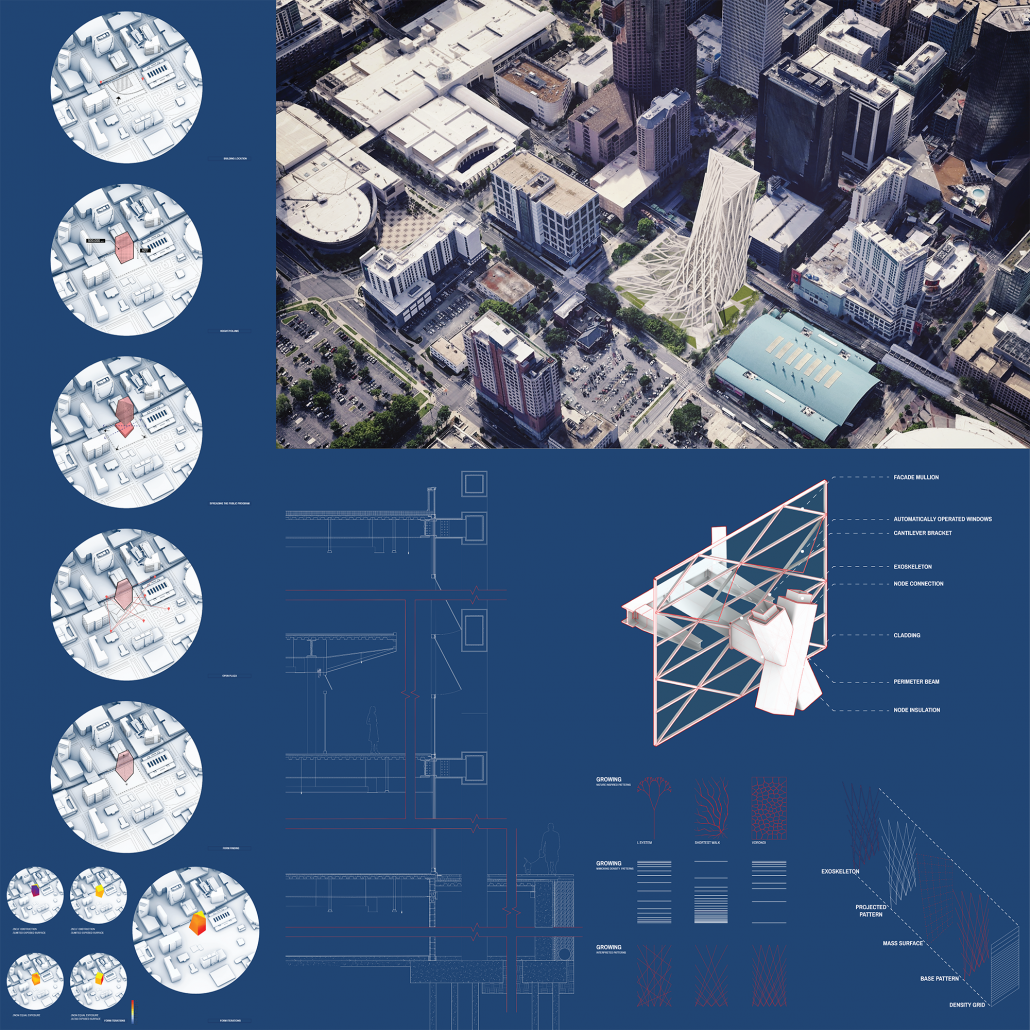 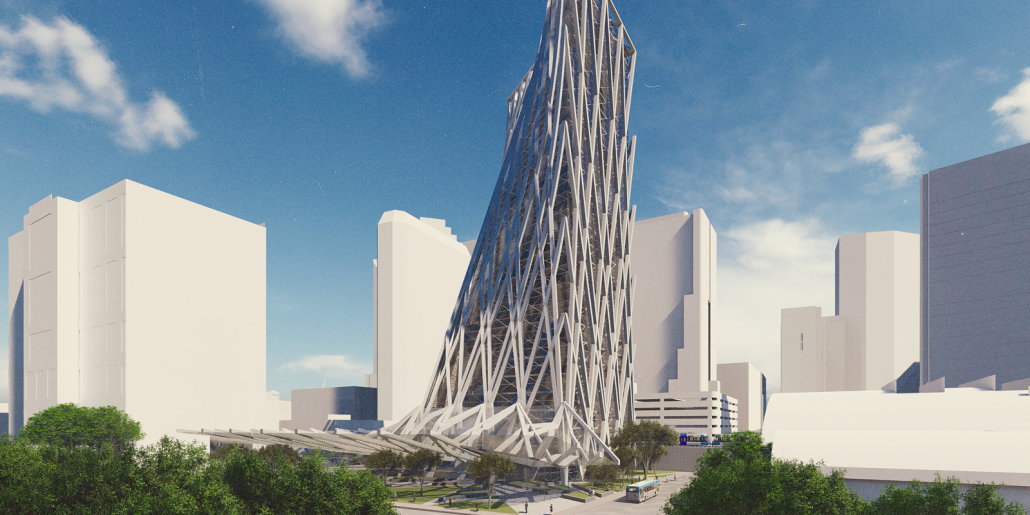 Urban Roots is a design that takes command on demonstrating wonderful graphic techniques and skills. The building’s mass fits the scale of the city and clearly identifies itself as an intriguing building. The comprehensive submission expresses the steel structure as a new interpretation of the lattice with an exterior structural system.

In the next thirty years, the population is estimated to grow by 3 billion and nearly 68% of the earth’s population will reside in urban centers. This dramatic growth of cities increases both the need for food and the amount of carbon emissions that is required to transport food from rural areas to these cities​; our project will negate the emissions caused by transportation by growing the produce at the destination; 1500 miles farm to store is now 420 feet. By growing food at the source we solve several important issues in the agriculture industry. The plants do not have to deal with common afflictions such as bugs, weather conditions,destruction of plants due to harvesting equipment, and they are able to be pesticide free. In addition to these benefits we are able to use 5-10% as much water as well as increase the nutritional value of the food which is traditionally picked before ripe in order to remain fresh for resale. I​t is important for us to provide a program for Charlotte (one of the fastest growing cities in the U.S.) that not only aids in the growth of food in the city, but also bridges the gap between agricultural and urban workspaces. These offices would be occupied by companies that specialize in food research, innovation, and production, premier among them is “Square Roots”. As a central location in Uptown Charlotte with open access to sunlight from the south, this site is an ideal location to bring food production directly to the urban center.

The resulting architecture is an office environment always connected to green space. This benefits the office in various ways such as aesthetics and improved morale, but there are so many other positive results: reduced carbon emissions, education to the general populace, community building, and improved food and nutrition quality. The architectural decisions are influenced by the challenge of incorporating and intertwining greenhouse spaces and office spaces to benefit each other while not compromising the integrity of either; spatially, systematically, or functionally.