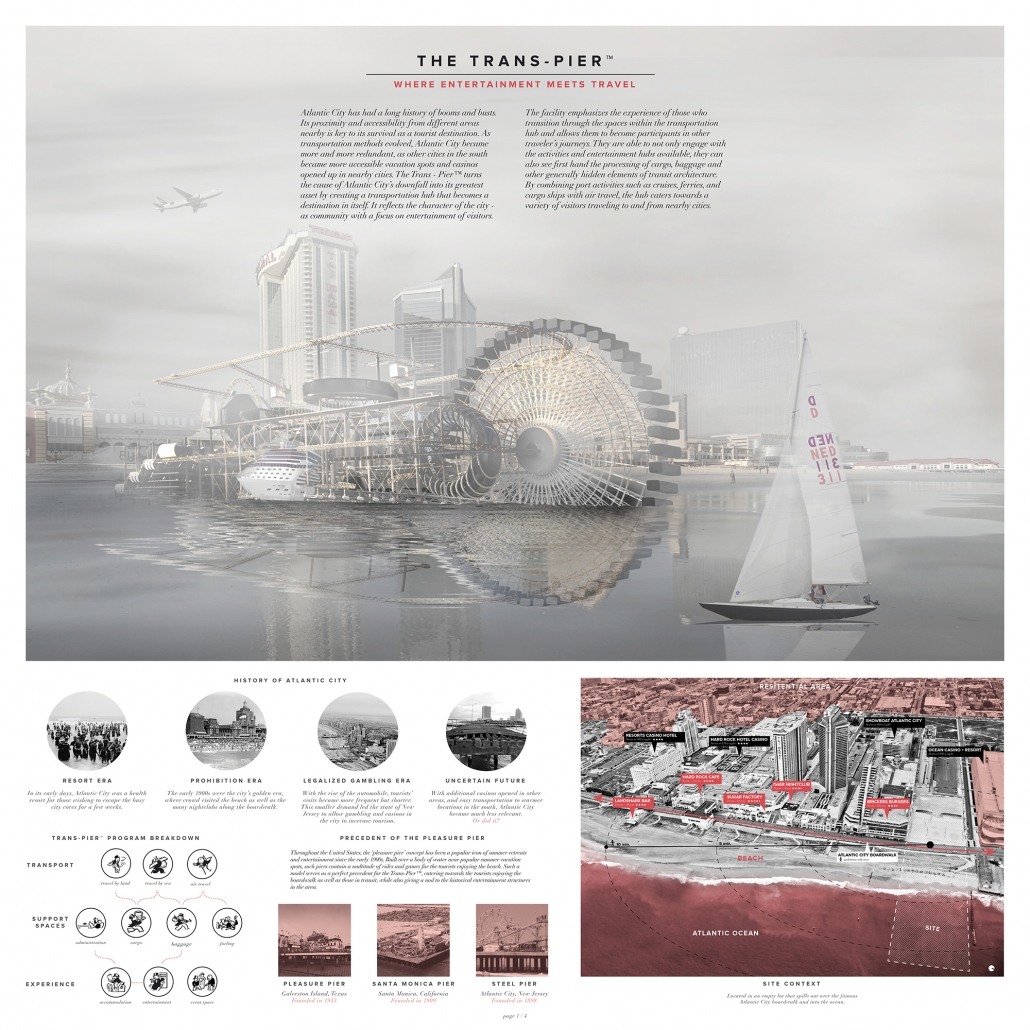 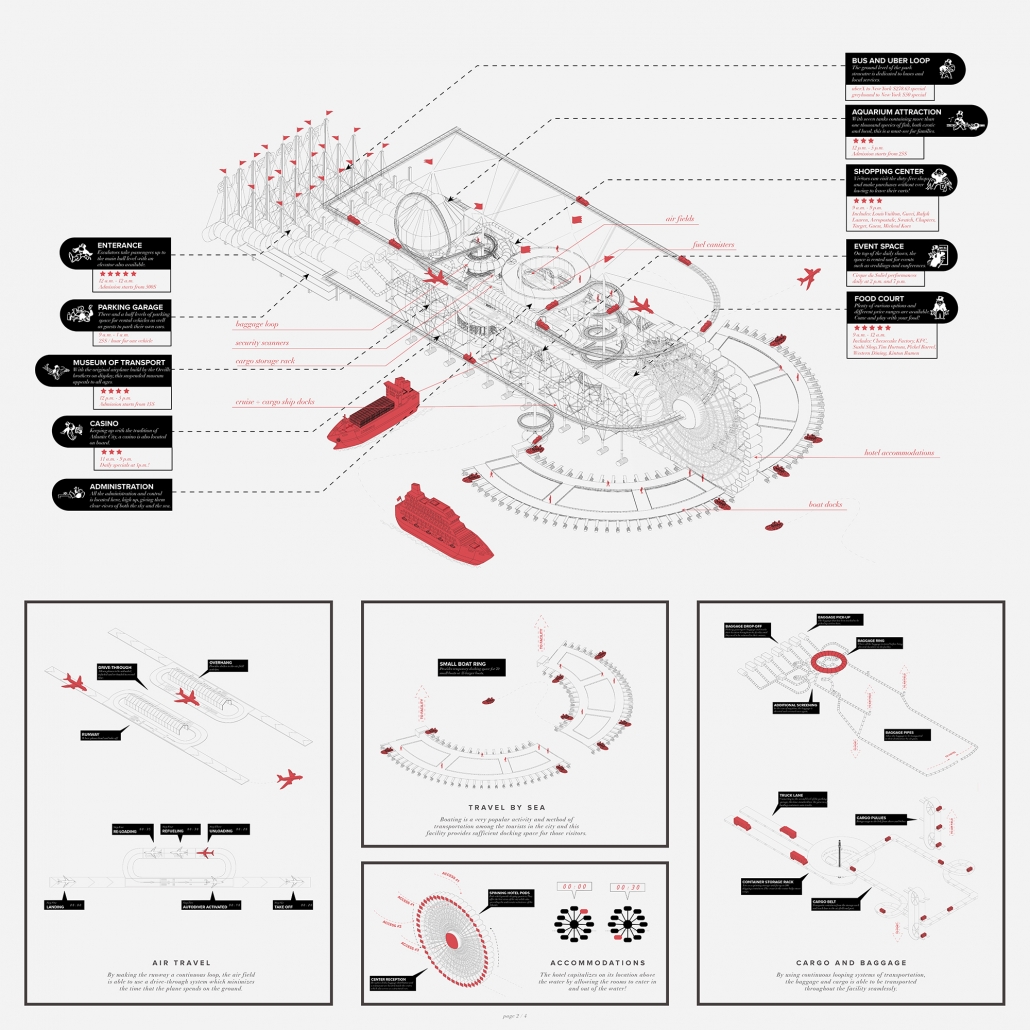 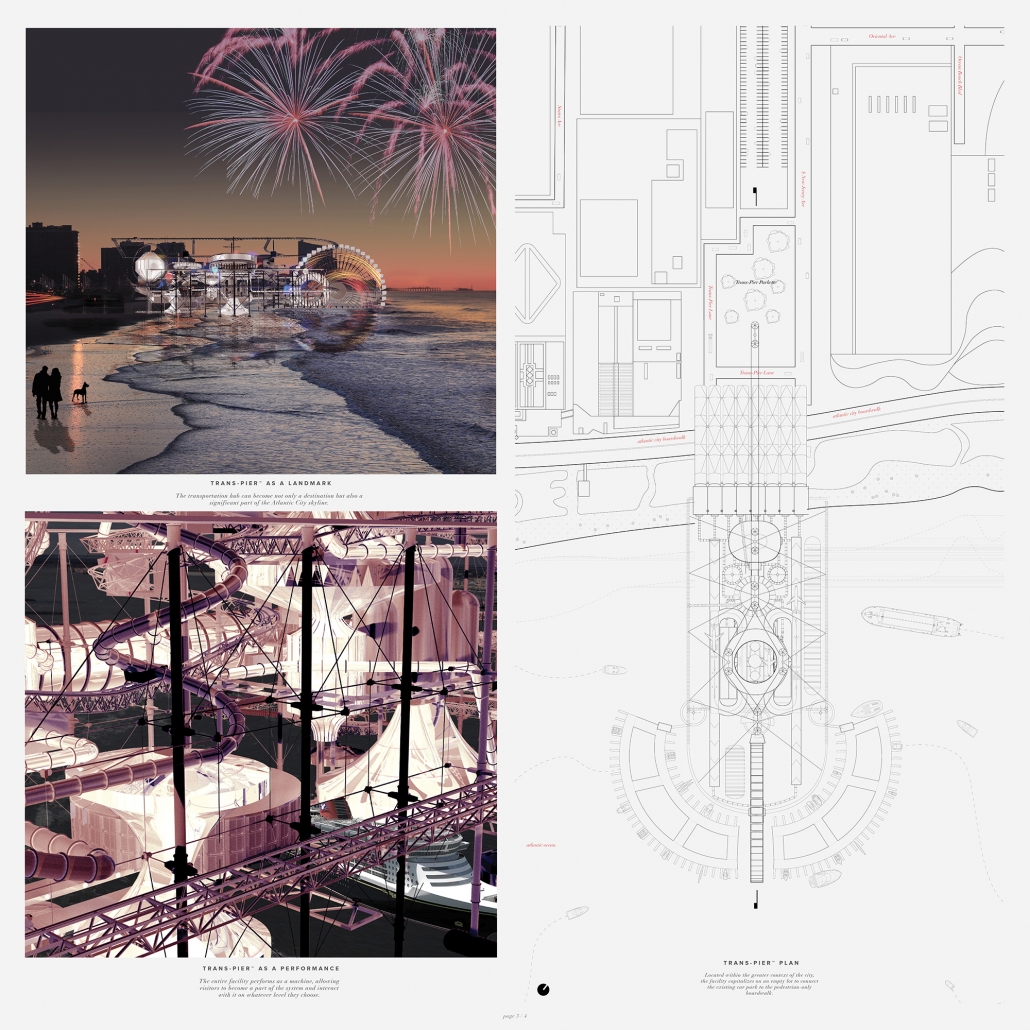 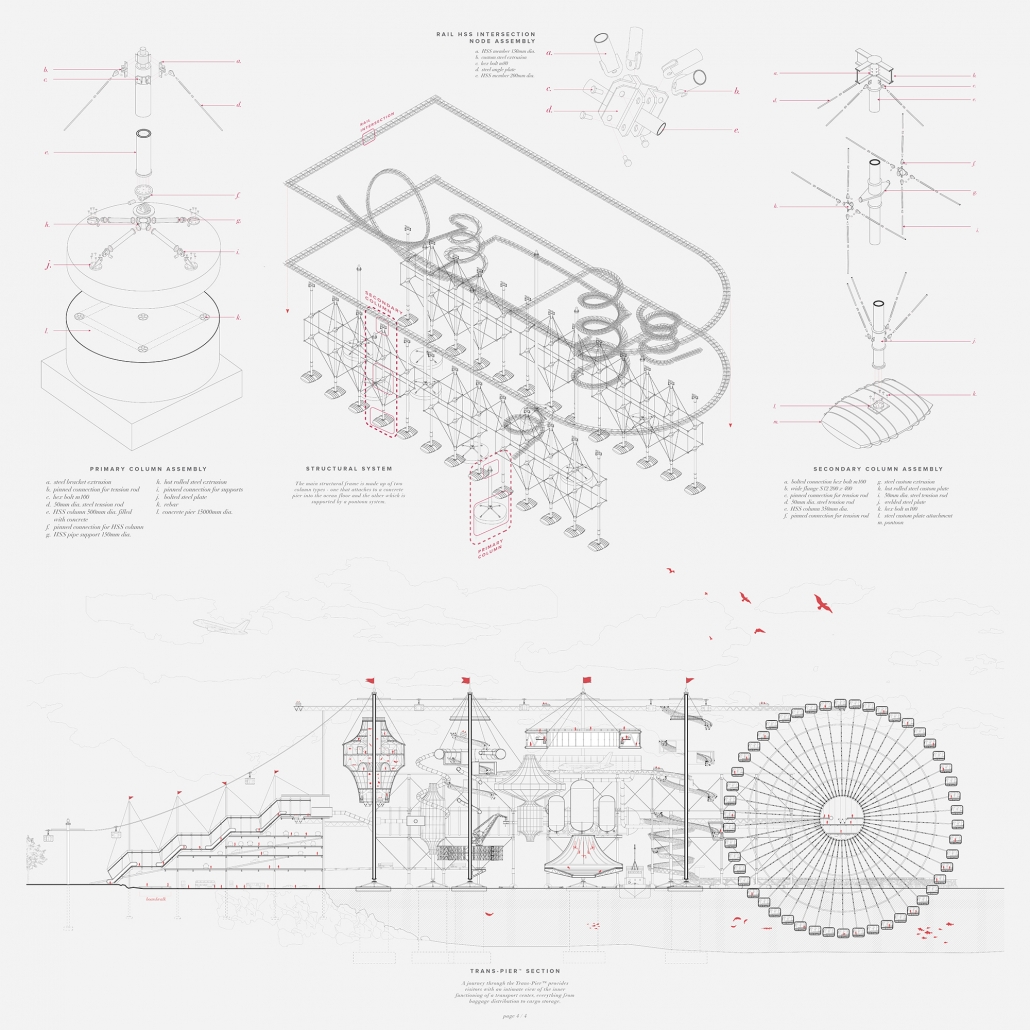 THE TRANS-PIER™: Where Entertainment Meets Travel

THE TRANS-PIER™: Where Entertainment Meets Travel is an award-winning project that shows great depth, as it explores a retro futuristic, “fantastical” experience. The light and lacey steel drawings show a high level of finesse and a delicate and intentional use of the material. The amount of detail, energy and thought depicted in this submission makes the project believable while exploring the past and future at the same time. This infrastructure project of well-choreographed chaos highlights the glory days of steel as a fun palace.

Atlantic City has had a long history of booms and busts. Its proximity and accessibility from different areas nearby is key to its survival as a tourist destination. As transportation methods evolved, Atlantic City became more and more redundant, as other cities in the south became more accessible vacation spots and casinos opened up in nearby cities. The Trans – Pier™ turns the cause of Atlantic City’s downfall into its greatest asset by creating a transportation hub that becomes a destination in itself. It reflects the character of the city – as community with a focus on entertainment of visitors. The facility emphasizes the experience of those who transition through the spaces within the transportation hub and allows them to become participants in other traveler’s journeys. They are able to not only engage with the activities and entertainment hubs available, they can also see first hand the processing of cargo, baggage and other generally hidden elements of transit architecture. By combining port activities such as cruises, ferries, and cargo ships with air travel, the hub caters towards a variety of visitors traveling to and from nearby cities.