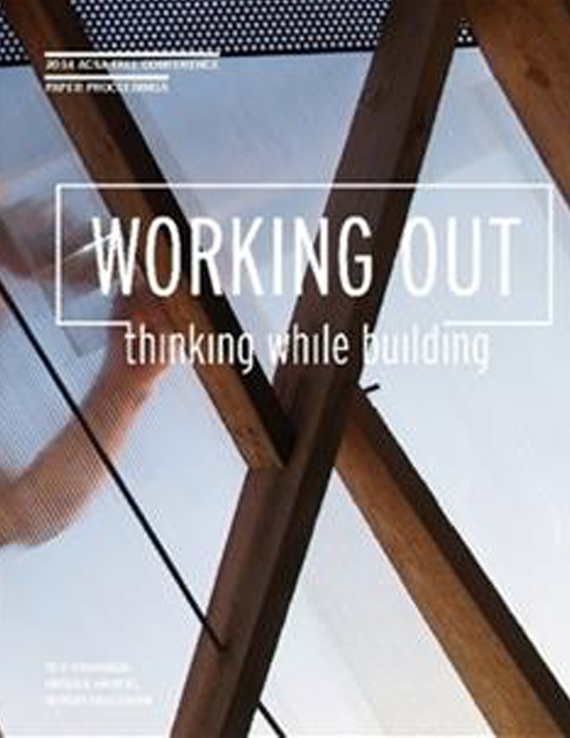 University affiliated Design Build Studios are focused on making, but if the sole benefit of that enterprise is students experience without benefit in the Public Interest, it can be argued that the making is for its own sake. Because of the vast intellectual resources that research based institutions can offer, the value proposition of the design-build studio is that it will afford an opportunity to offer something to the public that might otherwise not be feasible. Feasibility through traditional project delivery can be compromised because of economic parameters, socio-political condition, and public will. When these forces inhibit market-based interventions in the built environment, what are the mechanisms that should be employed by university affiliated Design Build entities to ensure that work is not being built for its own sake? When is it appropriate to build, and what is appropriate to build? There are a number of factors that need to be considered and a number mechanisms for establishing the relevance of a project to a community. It is a matter of understanding what is Known, and what is Unknown – it is also a matter of communicating to learn what is Known by others in the constituent pools that positively influence the most potent Design Build Propositions – those are often Unkown Knowns. This paper presents a case study that covers a three year process in working with a challenged community in Pittsburgh, PA. The case study illustrates how the RE_IMAGINE LESLIE project, which proposed a large-scale urban design and infrastructure solution for de-commissioned municipal amenities, ultimately resulted in the realization of a small-scale, mobile, proof of concept project, the PURIFLUME. The case study identifies consistent challenges that exist in the delivery of public interest design build projects such as 1) land control, 2) operations and maintenance, 3) appropriate technological risk, and 4) participant capacity. The case study illustrates how resident base selection of priority on Flexibility, Sustainability, and Connectivity in the development of the urban design strategy ultimately resulted in a decision NOT TO BUILD until more was KNOWN – The case study illustrates how the proof of concept project emerged from this realization to addresses critical regional water management issues. It outlines the integrated efforts of 11 Undergraduate Bachelor of Architecture students, 4 Masters of Urban Design (MUD) Students, and 3 Architecture Engineering and Construction Management (AECM) students over the duration of three years in a variety of vertically integrated studios and support courses oriented towards different aspects of the project delivery. Funded by grants from two corporations, a county economic development agency, and a foundation, the scope of work spans the territories of Urban Analysis, Urban Design, Rapid Prototyping and Digital Fabrication. Constituent groups impacting the development of the project include residents of the Lawrenceville Neighborhood in Pittsburgh, PA, Municipal Government Leaders, a County Regulatory Agency, multiple non-profit agencies, and a federal environmental agency. Illustrating a decrease in constructive scale and escalation of influence in impacting regional decision-making and policy.