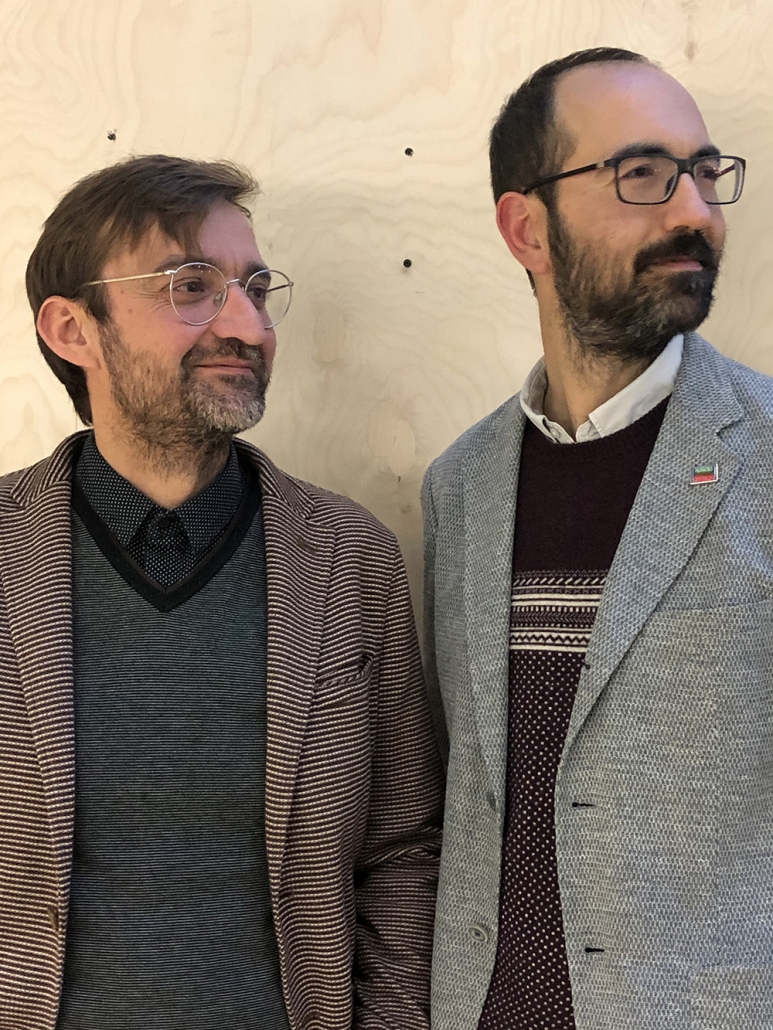 UNIVERSITY PARK, Pa. – Vincent Morales Garoffolo and Juan Antonio Sánchez Muñoz, principals of KAUH arquitectura & paisajismo in Granada, Spain, will speak on Wednesday, Jan. 29 as part of the Penn State Stuckeman School’s Lecture and Exhibit Series. “The Possibility of Architecture: A collection of works” will be held at 6 p.m. in the Stuckeman Family Building Jury Space and is free and open to the public.

As a firm, KAUH integrates architecture, public space and landscape design for both public and private clients. Morales Garoffolo and Sánchez Muñoz operate on the assumption that there are possibilities and impossibilities for every project. They also believe in the perceptive experience their work generates within the construction of the environment.

The duo has stated that a project can be found anywhere and can come to be out of any action, which blends in with KAUH’s foremost interest: to add value and enhance what belongs to everyone as the places in which we all interact – the spaces in which what is public can be expressed.

Some of KAUH’s most recent work includes the public space intervention “Outline of the Nasrid House” within the Alhambra, a palace and fortress complex in Granada, and a family-run hotel in the coastal town of Conil de la Frontera in the province of Cádiz. Construction is about to begin of the firm’s urban and infrastructure renewal project of the Utrera fairgrounds in Seville, and Morales Garoffolo and Sánchez Muñoz will be developing the design of La Hoya park this year, the result of their proposal winning an international competition focusing on the spaces surrounding the historic Alcazaba in Almería.

Morales Garoffolo and Sánchez Muñoz received their architecture degrees from the Escuela Técnica Superior de Arquitectura de Sevilla in 2003 and shortly thereafter established kauh arquitectos in Seville in 2004. In 2012, the firm changed its name to KAUH arquitectura & paisajismo and moved its operations to Granada in Andalusia region. They are licensed architects registered at the Colegio de Arquitectos of Granada.

Morales Garoffolo and Sánchez Muñoz have participated as jury members, committee members and conference speakers and have authored numerous articles and chapters on architecture and design theory. They joined the Department of Architecture at Penn State this semester as visiting faculty.