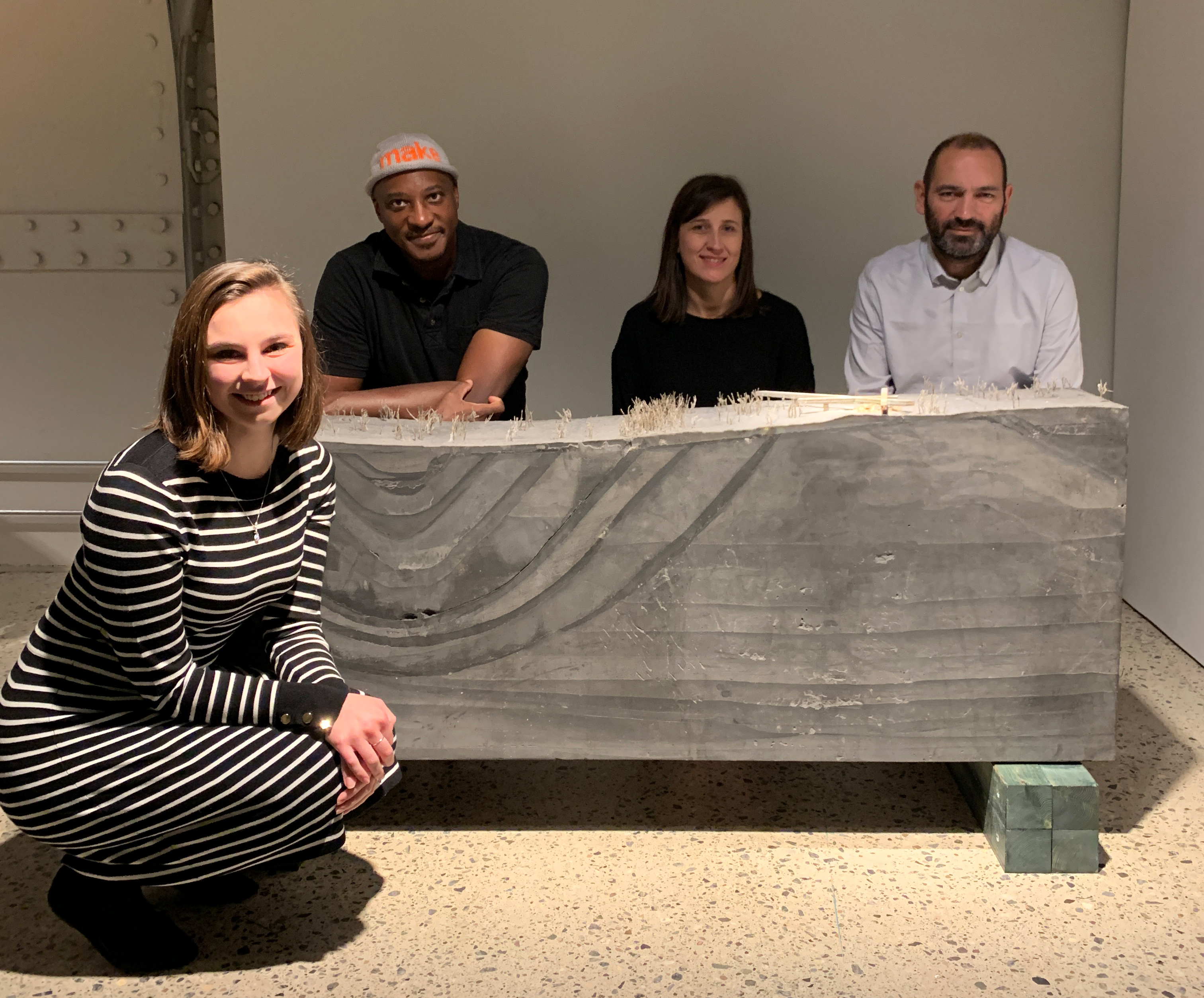 UNIVERSITY PARK, Pa. – The interdisciplinary research and design of a project by several Stuckeman School faculty members and a recent alumna is currently on display at the 2019 Oslo Architecture Triennale (OAT) in Norway through November 24.

Once home to more than 2,000 residents, by 2018 the population of Centralia had dwindled to just seven. The proposal, which began as Esposito’s thesis project, is a memorial to all that was lost in the evacuation and abandonment of the city in the months and years after the fire, which is anticipated to burn for another 50 to 200 years.

Funding for Scorched Earth was provided by the H. Campbell and Eleanor R. Stuckeman Fund for Collaborative Design Research at Penn State. Additional funding came from the Program for the Internationalization of Spanish Culture of Acción Cultural Española and the Museum of Architecture in Oslo.

The Penn State team traveled to Oslo for the installation and opening of the exhibit on Sept. 26 and was one of just three teams from U.S. universities invited to exhibit its work.

Held every third autumn at the Oslo School of Architecture and Design over a period of approximately ten weeks, OAT attracts citizens and users of the city, decision makers, professionals and international guests. It is known as one of the world’s prominent arenas for dissemination and discussion of architectural and urban challenges. The theme of this year’s event is “Enough: The Architecture of Degrowth.”