I Made That
Home » AASL » Confiscated at the Border: A Case of Force Majeure, or, Don’t Cross the B...

Confiscated at the Border: A Case of Force Majeure, or, Don’t Cross the Border with that Library Book!

Confiscated at the Border: a Case of Force Majeure, or, Don’t Cross the Border with that Library Book! 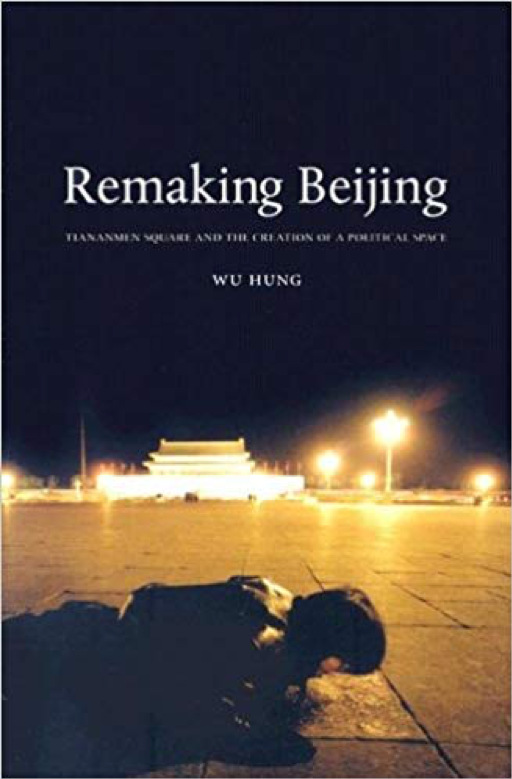 Wu Hung is Harrie A. Vanderstappen Distinguished Service Professor of Art History, Director of the Center for the Art of East Asia, and Consulting Curator of the Smart Museum of Art at the University of Chicago. He is an elected member of the American Academy of Arts and Sciences and the American Philosophical Society, and sits on boards and advisory committees of research institutes and museums in the United States and China. There is no doubt that he is a well-respected and well-established scholar. He has published widely on both traditional and contemporary Chinese art and has received many awards for his publications and teaching activities. Prof. Wu Hung recently delivered the Andrew W. Mellon Lectures at the National Art Gallery (March-May 2019).

According to amazon.com(2), Remaking Beijing

“offers a vivid, often personal account of the struggle over Beijing’s reinvention, drawing particular attention to Tiananmen Square—the most sacred space in the People’s Republic of China. Remaking Beijing considers the square’s transformation from a restricted imperial domain into a public arena for political expression, from an epic symbol of socialism into a holy relic of the Maoist regime, and from an official and monumental complex into a site for unofficial and antigovernment demonstrations.

Wu Hung also explores how Tiananmen Square has become a touchstone for official art in modern China—as the site for Mao’s monumental portrait, as the location of museums narrating revolutionary history, and as the grounds for extravagant National Day parades celebrating the revolutionary masses. He then shows how in recent years the square has inspired artists working without state sponsorship to create paintings, photographs, and even performances that reflect the spirit of the 1989 uprisings and pose a forceful challenge to official artworks and the sociopolitical system that supports them.”

The library cataloged this book in the NA9072 Library of Congress Classification range which is reserved for the architectural aspects of the Aesthetics of cities. City planning and beautifying, and specifically for Public squares and promenades. The book is obviously about much more than the 1989 uprisings, and after studying in the United States, the student had not considered that it might appear controversial.

UCLA students have a week-long break between Winter and Spring Quarters and one of our graduate students from the People’s Republic of China (PRC) decided to visit her family during the break. She took along one of the books she was reading for a research project. She elected to fly to Hong Kong from where she could take a train to Guangzhou. Thus, she crossed the border into the PRC from Hong Kong. This is where her suitcase was searched and all of her books were examined. Remaking Beijing is highly illustrated, and the customs officer noticed Tiananmen Square photographs. Unable to read English, he took the student to an office where another official could read English and evaluate the book. By this time, the student was petrified, afraid that she would be detained overnight, unable to contact family, and unsure of how this would affect her F1 student visa status. In the waiting room she noticed other detained travelers: apparently luxury items are often smuggled into the PRC through Hong Kong. When questioned and informed that she had to relinquish the book, the student explained that it had been assigned by a professor. She had to sign an official document stating this fact, was fingerprinted, and the incident is now on record in a government file. She was told that it was fortunate that she only had one controversial book with her: had she more than one, she would have had to wait overnight and appear before a superior officer. The book was seized and she was released, but with a caution that this incident could cause her future difficulties.

Upon returning to UCLA she reported the ‘loss’ of the book. Because the print edition is out of print, new copies sell for more than our standard replacement charges. I was contacted by our Head of Access Services to determine next steps. Fortunately a copy of this book is located in another library on campus, and a reasonably priced e-book version is available for purchase. Together with library administrators, we determined that this incident was a case of Force Majeure, thus the library could use its own funds to acquire an e-book replacement. But I also asked the student for permission to share her tale and for assistance alerting other foreign students: please don’t take library books across the border! Do not risk jeopardizing your visa status!

Open
In our June 3rd statement, we noted a series of ar